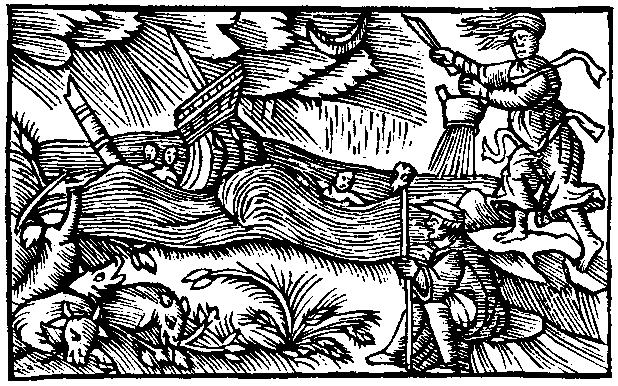 Well, yeah–some do. I keep getting emails from people who insist that “the government” brewed up Hurricane Sandy out in the middle of the Atlantic Ocean, herded it into the Caribbean (killing a whole bunch of people in the process), and then threw it at America–especially New Jersey, New York, and Connecticut–just so it would help Satan’s Servant get re-elected.

I am told that there is “lots of evidence” for this, including “documentaries” based on “published scientific papers.”

So all of a sudden we believe everything we read in “published scientific papers”? What about those myriads of “papers” written in support of Evolution, or Global Warming, or of life somehow creating itself? Are we to believe those, too?

God the Lord sends the rain or withholds it. I mean, if all this “weather modification” stuff really works, then why are there still droughts, heat waves, unseasonable cold snaps, and all the rest?

I stand on the teaching of the Bible, and refuse to believe that God has yielded up to sinful, stupid men His sovereign lordship over the earth, including the weather. I will not ascribe to men the attributes of God.

That’s one fantasy I won’t believe in.

9 comments on “Do Christians Believe in Weather Magic?”