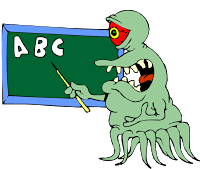 A teacher at a trendy Manhattan prep school has raised a ruckus by assigning 9th-graders to write suicide notes. You can get the full story by reading “York Prep Teacher Asks Students to Compose Suicide Notes In School Assignment,” by Rebecca Klein, June 12, in The Huffington Post (http://www.huffingtonpost.com/ ).

The 9th-graders were reading The Secret Life of Bees as part of their literary education (lol!), and as one of the characters in the book commits suicide, the kids were assigned to write suicide notes, presumably as a means of gaining a deeper understanding of the character’s motivation. I haven’t read the bloody thing, and probably never will. It seems to be the usual exercise in racial scab-picking and injustice-collecting, anti-white and anti-male, and so on. Anyhow, the main thing is, the teacher had the kids write suicide notes. At least one parent remarked, “We pay a lot of money to send our kids to the school.” Sucker.

Toward the end of Ms. Klein’s article there are links to reports of similar incidents in Britain and France. So maybe playing up suicide is the newest cutting-edge fad in secular “education.”

Guess what–we all pay a lot of money to send our kids to school! Whether it’s a public high school or a fancy-schmancy prep school, it sucks up money like a black hole. The only difference is whether you pay it as a school tax or tuition.

Might I suggest, just as a general rule of life: Do not let strangers educate your children.

Unless, of course, you want your kids to learn about sodomy, gender-bending, suicide, socialism, class warfare, racial warfare, and all that other stuff that “educators” are so fond of.

Really, people–what else do these clowns have to do, to prove to you that they are a menace to your children?