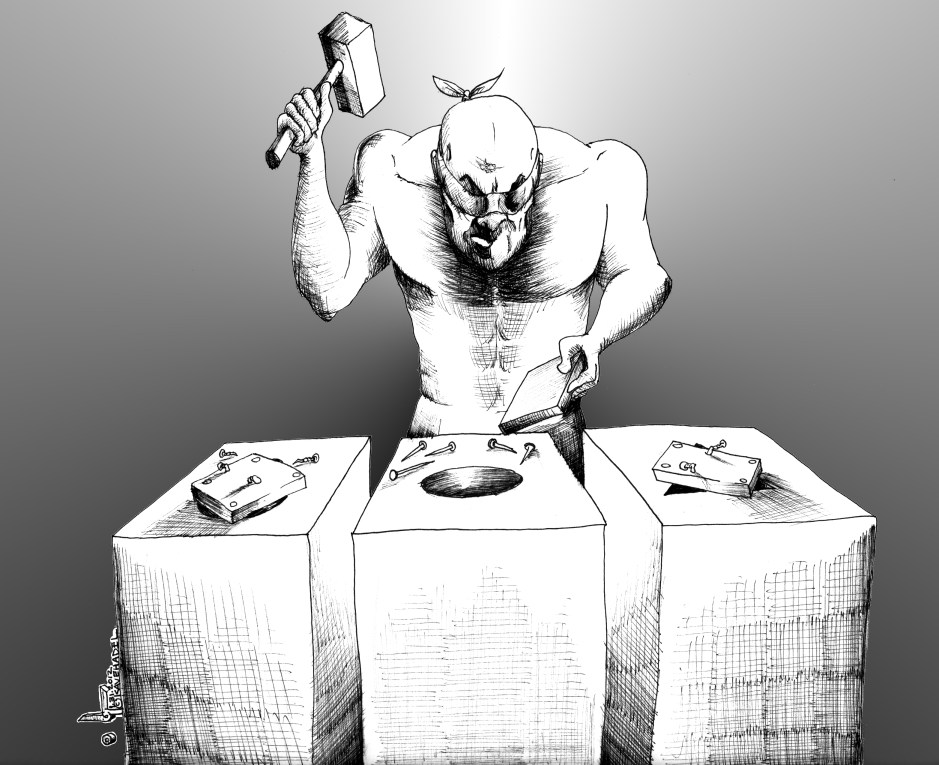 Now, let’s see… Muslim jihad monsters are going around killing people, and after what they did in France last week, no one feels safe. So, how are European governments going to protect their people from being murdered?

Over in Britain, the Conservative Party has a swell idea. They plan to protect Brits from murderous Muslims by making it against the law to criticize murderous Muslims… and, for good measure, making it illegal to say anything against sodomite parodies of marriage ( http://www.telegraph.co.uk/news/politics/11202290/Sharia-law-or-gay-marriage-critics-would-be-branded-extremists-under-Tory-plans-atheists-and-Christians-warn.html ).

The proposed new hate speech law is so broad, so draconian, that Christians and atheists have finally found something they can agree on: This law must not be enacted.

Yes, I said Conservative. As in somewhere to the left of Sheila Jackson Lee, only not quite as lucid. Home Secretary Theresa May explained plans for “Extremism Disruption Orders” by which a judge could ban “extremists”–that is, anyone opposed to Sharia “law” or homosexual pseudomarriage–from broadcasting, public protest, “or even posting messages on Facebook or Twitter without permission.”

Permission? “Oh, Mr. Government, can I pretty please express my own opinions on my own Facebook page?” “No, you miserable extremist. Your opinions are not nice, and must not  be heard.” While they’re at it, why don’t they ban diary entries, too?

Says the Chancellor, George Osborne, Conservatives are fixing to “eliminate extremism in all its forms,” and–get this–curtail the activities of those who “spread hate but do not break laws.” What? You don’t have to break any laws, to have your freedom taken away? If you can wind up being punished without having broken any law, then your society is lawless.

What does the Conservative Party think it’s conserving? Don’t these people know they sound like Bill Ayers? In fact, they sound like those nuts in the Canadian “human rights” commissions who propose to ban “hate” altogether. Would we still be human if we could not hate? Meanwhile, to our British cousins, I’m sorry to say… This idiotic and insane proposal won’t protect you. And if you’ve got any sense, you’ll boot out the politicians who proposed it.

2 comments on “The UK’s Krazy Konservatives”