What We Wouldn’t’ve Thought Of, but God Did 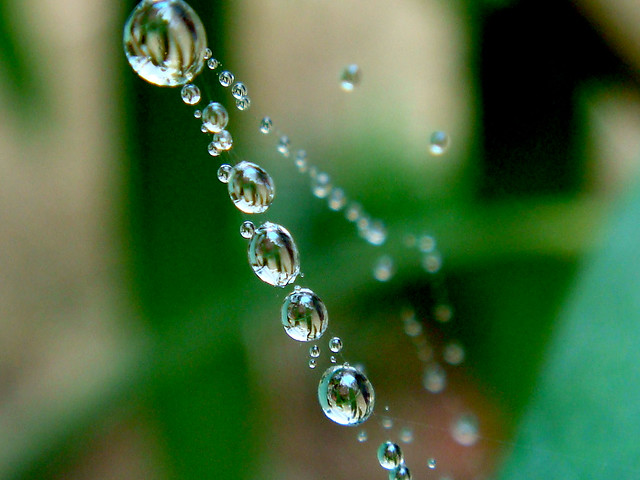 If our smartest scientists and our cleverest politicians had had the job of creating the world–a thought engendering almost unimaginable horror–there is a lot they never would have thought of including in it.

Consider some of the extras which God included in His creation, none of which would ever have occurred to any human being.

1. Beauty. Look at a spider web in the grass in the morning, festooned with dew-drops that glisten like pearls, and consider your response to it. Probably you are struck by its beauty. That response is a gift from God. I can’t imagine it having any of that “evolutionary survival value” they’re always going on about in National Geographic specials. Cows while grazing probably see a lot of dewy spider webs. Do you think they appreciate the beauty? Read any nice odes by cows lately?

2. Food and Drink that tastes good and really satisfies. For me it’s fried scallops. How did the Lord ever think of making scallops taste like this? And don’t say it’s the chef, not God: replace the scallops with chunks of pineapple, and there’s nothing the cook can do to make them taste the same. But of course pineapple can be delightful, too.

If humans had been in charge of creation, realizing that you need food to stay alive, they would have created food designed for that purpose. Imagine how blah that would be! Nor would scientists have bothered with the incalculable diversity of taste and color and texture, etc. It would all be this grey gel that keeps us able to fog a mirror–not that I’m trying to give the President’s Wife any more ideas to make school cafeteria food even more unappetizing.

3. Cats and Dogs that love us unconditionally. It doesn’t have Evolutionary Survival Value, so who needs the love of pets? No pug dog ever helped a cave man kill a mammoth, and there’d be no point in even suggesting it to a cat. But he is poor indeed who has never been loved by an animal! Only God–of whom it is written, “God is love”–would have ever thought of that.

God’s world is full of extras that we take for granted. But if we do try to listen to what these say, we begin to understand that they aren’t really extras, after all.

Look. Taste. Love. And listen: there is something here worth hearing.

I have lived in Metuchen, NJ, all my life. I have been married to my wife Patricia since 1977. I am a former newspaper editor and reporter. I was also the owner-operator of my own small business for several years. I wrote various novels and short stories published during 1980s and 1990s. I am a long-time student of judo and Japanese swordsmanship (kenjutsu). I also play chess, basketball, and military and sports simulations. END_OF_DOCUMENT_TOKEN_TO_BE_REPLACED
This entry was posted on Sunday, March 15th, 2015 at 12:09 pm and tagged with a personal note, cats, dew, dogs, nature, pets, pineapple, religion, scallops, spider webs, taste and posted in Uncategorized. You can follow any responses to this entry through the RSS 2.0 feed.
« Hooray for My Books
‘Don’t Bother to Knock’ This Movie »

9 responses to “What We Wouldn’t’ve Thought Of, but God Did”