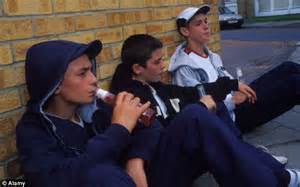 A store owner in Fungus, New Jersey, has been charged with a hate crime for refusing to sell liquor to a 12-year-old boy who self-identifies as an adult.

Rodney Gesundheit, proprietor of Rod’s Adult Beverages, was arrested by Fungus police after the child signed a complaint. The case has been referred to New Jersey’s Supreme Human Rights Thing, where Mr. Gesundheit is expected to be sentenced to 400 months of sensitivity training.

“Whatever you say you are, that’s what you are!” explained SHRT Commissioner Mordred Drivel. “Except if you self-identify as innocent, of course. We’ve learned the hard way not to get beat by that cop-out.”

Fungus Township Prosecutor Lucy Goosey said, “We had him coming and going. If he’d sold the liquor to a minor, we’d have prosecuted him for that!”

12 comments on “Busted! For Not Selling Booze to Child”