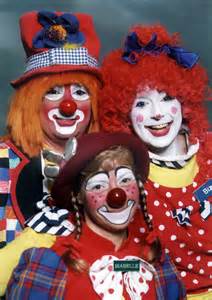 I really do wonder about “journalists,” maybe because I used to be one. But I had the advantage of never having attended journalism school.

Yesterday, at the Thanksgiving Day parade in New York City, a well-paid, highly-trained journalist interviewed a couple of clowns who were entertaining the crowd. He asked, “How did you become clowns?” All right: a reasonable question.

“We went to clown school,” was the answer.

He then asked, “What did you learn in clown school?”

What did you learn in clown school? Crikey, what did he think they learned–nuclear physics? French cuisine?

“Uh, we learned how to be clowns.”

Let us draw the curtain over this pitiable scene.