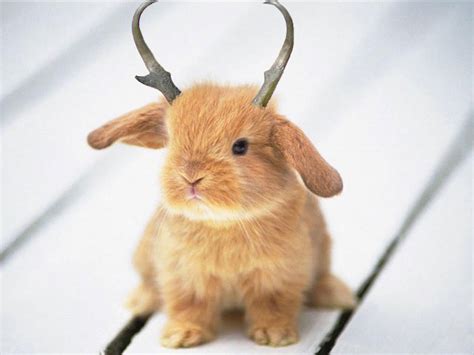 You can’t argue with a picture! A person who wishes to remain anonymous spotted this baby jackalope on his back porch yesterday and just managed to snap this candid photo before the critter hopped away. And this in New Jersey, even!

The jackalope, a hybrid of a rabbit and either a deer or a pronghorn antelope, long dismissed as legendary, scientists now know becomes real as a result of Transphobia and Climbit Change. They may look cute, warns Dr. Azog Pongo of the Science Institute, “but they can be deadly. And the only defense against them, ultimately, is for the federal government to collect all money and redistribute it as a guaranteed income, an equal share for all, except scientists and politicians and movie stars and football players, they get more.”

As Man-Made Global Warming continues to blanket most of North America with unseasonably cold weather, look to see more jackalopes on more back porches.

I have lived in Metuchen, NJ, all my life. I have been married to my wife Patricia since 1977. I am a former newspaper editor and reporter. I was also the owner-operator of my own small business for several years. I wrote various novels and short stories published during 1980s and 1990s. I am a long-time student of judo and Japanese swordsmanship (kenjutsu). I also play chess, basketball, and military and sports simulations. END_OF_DOCUMENT_TOKEN_TO_BE_REPLACED
This entry was posted on Wednesday, January 3rd, 2018 at 11:10 am and tagged with climate change scam, global warming hoax, jackalope, jackalope sightings, silly science and posted in Just for Fun, satire. You can follow any responses to this entry through the RSS 2.0 feed.
« Oh, Boy! ‘Cleopatra’ Remake to be ‘Dirty’
France to Rein in ‘Fake News’ »