A Memorial for Ray

My poor brother-in-law! I can’t tell you why, but he received no funeral, no burial, and there’s no obituary in the paper. So I wish to provide what little I can by way of a salute. I wish I could give him a New Zealand haka, like the one in the video above. Ray was a college professor. It would have blown his mind, to be honored by his students in a way like this.

Anyway, he was my friend. And a lot of fun to be around. He’d come over for the weekend, and he and Patty and I would laugh ourselves dizzy, playing Mad Libs or just cracking jokes. I’ll miss him. I already miss him. He and I played an awful lot of chess together.

He was ill and, in effect, lost to us for I don’t know how many years. Five? He was still able to carry on a coherent phone conversation back in September, but we soon afterward lost that, too.

He may be remembered for his two books about the Jersey Devil. Those were labors of love, and I freely recommend them. 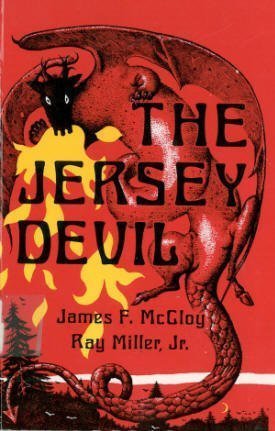 Ray, old boy, you didn’t get a funeral, but you are not forgotten, nor will you be. You deserved a haka. But by now you will have already been welcomed by Our Lord Jesus Christ into His everlasting Kingdom–where, behold, He makes all things new.

I have lived in Metuchen, NJ, all my life. I have been married to my wife Patricia since 1977. I am a former newspaper editor and reporter. I was also the owner-operator of my own small business for several years. I wrote various novels and short stories published during 1980s and 1990s. I am a long-time student of judo and Japanese swordsmanship (kenjutsu). I also play chess, basketball, and military and sports simulations. END_OF_DOCUMENT_TOKEN_TO_BE_REPLACED
This entry was posted on Saturday, May 19th, 2018 at 11:03 am and tagged with a personal note, my family, New Zealand haka, the Jersey Devil, The Jersey Devil by Miller and McCloy and posted in Uncategorized. You can follow any responses to this entry through the RSS 2.0 feed.
« ‘How Bad Should Your Villains Be?’ (2016)
California Free Speech Killing Bill: On Hold for Now »

7 responses to “A Memorial for Ray”