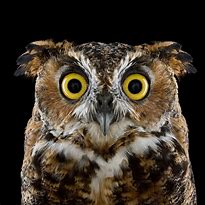 I have to write a Newswithviews.com column today, and I am plum out of ideas. All I know is, I don’t want to write about political stuff that everybody else is already writing about.

So I am open to suggestions!

I propose to go outside and have my cigar and think–before it starts raining, which is what it looks like it’s shaping up to do–and then come in and see if my loyal readers have come up with anything. Sometimes you can get ideas when you think. It’s that thing that writers do that looks like doing nothing.

Maybe I could write about the cheating in the scholastic chess championship… Is that a plan? We’ll see.

I have lived in Metuchen, NJ, all my life. I have been married to my wife Patricia since 1977. I am a former newspaper editor and reporter. I was also the owner-operator of my own small business for several years. I wrote various novels and short stories published during 1980s and 1990s. I am a long-time student of judo and Japanese swordsmanship (kenjutsu). I also play chess, basketball, and military and sports simulations. END_OF_DOCUMENT_TOKEN_TO_BE_REPLACED
This entry was posted on Tuesday, April 9th, 2019 at 10:29 am and tagged with a message to my readers, cheating in chess, Newswithviews.com, reader response, The Art of Writing and posted in Uncategorized. You can follow any responses to this entry through the RSS 2.0 feed.
« An All-Time Record for Futility
The Myth of ‘Campus Rape Culture’ »

17 responses to “Suggestions, Anyone?”