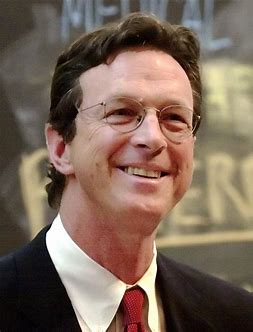 Already by 1992, Michael Crichton warned us that the line between fact and fiction was getting rather blurry.

It’s been done on purpose, by wicked and ungodly people, many of whom are not quite sane. The poison brewed in our colleges and universities always seeps out into the rest of our society, tainting it, then maiming it.

“Educating” ourselves to death… but I guess it depends on what “is” is.

I have lived in Metuchen, NJ, all my life. I have been married to my wife Patricia since 1977. I am a former newspaper editor and reporter. I was also the owner-operator of my own small business for several years. I wrote various novels and short stories published during 1980s and 1990s. I am a long-time student of judo and Japanese swordsmanship (kenjutsu). I also play chess, basketball, and military and sports simulations. END_OF_DOCUMENT_TOKEN_TO_BE_REPLACED
This entry was posted on Friday, April 19th, 2019 at 8:18 am and tagged with cultural musings, culture rot, fact and fiction, how public schooling hurts America, liberals vs. truth, michael crichton, postmodernism and posted in Public Education. You can follow any responses to this entry through the RSS 2.0 feed.
« ‘O Sacred Head’ (for Good Friday)
No Car Yet »