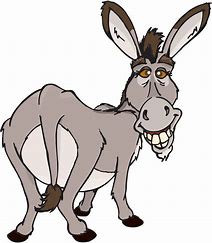 We got a communication yesterday, unsolicited, from an alleged adult who says he’s “sick of rich old white men” running for president. We must note that he himself is a rich old white man.

Is it possible there are registered voters out there who really, truly think that skin color, sex, and age are important things to be considered, in choosing a president? I mean, does this guy even understand what a president is, and does? That “president” is a job–and that to do it well benefits the whole world, but to do it poorly can bring to large numbers of people hardship, frustration, loss, and even wounds and death.

As for being “rich,” let’s see… hmm… when was the last time an indigent was elected to high public office in America? [Riffles through history] Ooh-ooh–never! No poor homeless person has ever been elected to anything!

What we are hearing from, here, is a silly old ass who seems to think being “a woman of color” or something, or at least young and poverty-stricken, would by some weird alchemy make you a good president. It is a shame that he can vote. It can’t be a good thing to let utter chowderheads vote.

Heaven help us, if they ever again get to choose a president.

7 comments on “A Silly Old Ass”