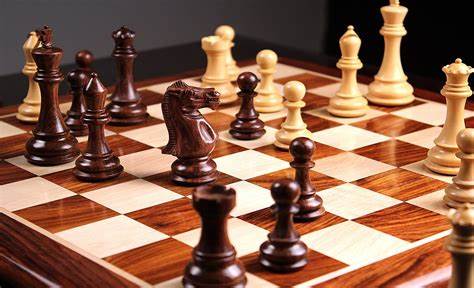 The thing that bugs me about chess books is that they tell you how to play a certain kind of opening, but almost never tell you why. They don’t tell you what the opening is intended to do.

I don’t want to bore those of you who don’t play chess, so I’ll keep this brief. These are a couple of my favorite openings, and I’m going to tell you why I play them. You can go just about anywhere and find out how to play them.

The King’s Gambit is the chess equivalent of slamming open the swinging doors of the saloon and offering to shoot it out, here and now, with the toughest gunslinger there. It leads to a lively game.

The Polish Opening, aka ‘the Orang-utang,’ looks to most opponents like a very stupid first move that no one but a rank beginner would make. It’s much stronger than it looks, and much of its strength comes from convincing your opponent to think you’re a patsy. I beat a regional champion with it once.

(Uh, Lee, people in the audience are starting to check their wristwatches…)

Philidor’s Defense makes you, playing Black, look timorous; but if you know what you’re doing, this opening can help you to take the offensive much sooner than your opponent expected.

(I will be amazed if anybody reads this, likes it, or comments on it. Am I absolutely sure I want to do this?)

The Weeping Willow: Sigh deeply, dab your eyes with a handkerchief, blow your nose–and then break into sobs. When your opponent asks what’s wrong, make a show of holding it back, but then cut loose with a story that the doctor has just told you that you have only a few more weeks to live, and it would mean so much to you if you could just win a few chess games before the Grim Reaper shows up at your bedside… “And I guess I’ll never find out what happened when my house burned down with everybody in it, even my tropical fish, and then the insurance company wouldn’t pay–but never mind, I shouldn’t have burdened you with my troubles…” And so on.

Remember, chess is supposed to be fun.

16 comments on “My Favorite Chess Openings”