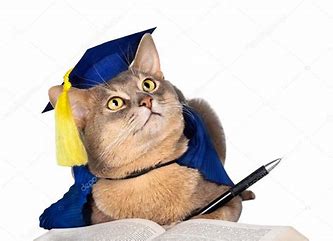 The newest Democrat candidate for president wants the government to pay college tuition for cats or dogs or any other pets that people might want to send there for a higher education.

“Who said college was only for people?” demanded Agrippina Fullavit, a village councilwoman from Pyongyang, Illinois–one of the few illegal aliens to be elected to public office in America. “Why should only humans get degrees in Gender Studies or Superhero Studies?

“This is the richest country in the world, and it ought to be the best-educated, too! Not only our people, but our pets! Cat, dog, hamster, goldfish–end the inequality now!”

Ms. Fullavit has a pet eel, Chuck, who, she says, is earning a degree in Neo-Marxist Palmistry at Groin Community College. “The tuition is hard to bear,” she said, “so it’s only right that the federal government should bear the cost of a truly universal higher education. All we have to do is tax the rich!” Ms. Fullavit herself is working toward a degree in Tic-Tac-Toe, but her education is already being funded by a federal loan.

10 comments on “Send Your Cat to College–Free!”