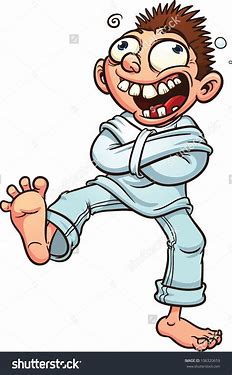 I wrote this six years ago, and we still haven’t found anyone with the courage to protest his neighbors’ personal lives.

Hey, it takes courage to hunker down on somebody’s front law and denounce them for eating meet, having children, and acting as if there were no such thing as Anthropowhatsis Climbit Change that can only be fixed by an all-powerful government controlling every aspect, even the most minute aspects, of everybody’s lives.

Dare to be stupid!

I have lived in Metuchen, NJ, all my life. I have been married to my wife Patricia since 1977. I am a former newspaper editor and reporter. I was also the owner-operator of my own small business for several years. I wrote various novels and short stories published during 1980s and 1990s. I am a long-time student of judo and Japanese swordsmanship (kenjutsu). I also play chess, basketball, and military and sports simulations. END_OF_DOCUMENT_TOKEN_TO_BE_REPLACED
This entry was posted on Friday, July 19th, 2019 at 8:19 am and tagged with climate change scam, foolish intellectuals, global warming hoax, protest for protest's sake, protest your neighbor, unhinged liberals and posted in Pop Culture, satire. You can follow any responses to this entry through the RSS 2.0 feed.
« ‘This Is My Father’s World’
Original Sin? ‘Hate Speech,’ Facebook Says »