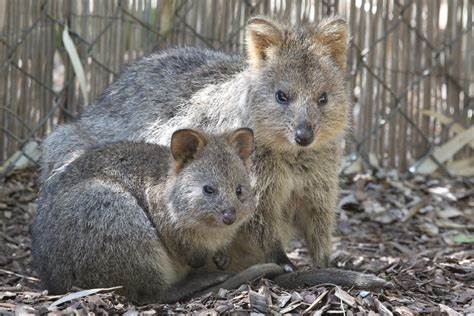 G’day! Byron doesn’t know it, but we’re tryin’ to help him run this comment contest. I am his Aunt Gladys and this is his Cousin Mitchell. And there are still 280 comments to go, to reach 47,000 and have a winner.

Byron thinks he’s doing it all by himself, but we must have half the quokkas on Rottnest Island lending a hand in this. We are determined to prove that cuteness is no obstacle to being ruthlessly effective in a job.

I don’t know about that nasty old ship Byron has up for a prize, but I do know the winner will get an autographed copy of one of Lee’s Bell Mountain books. Mitchell has them all and has read the whole series at least half a dozen times. You should hear his Roshay Bault imitation!

Let’s see if we can wrap up this contest this weekend, shall we? Then Byron can concentrate on the Bell Mountain Trivia Contest. We all think he has to come up with harder questions than the ones he’s asked so far.

I have lived in Metuchen, NJ, all my life. I have been married to my wife Patricia since 1977. I am a former newspaper editor and reporter. I was also the owner-operator of my own small business for several years. I wrote various novels and short stories published during 1980s and 1990s. I am a long-time student of judo and Japanese swordsmanship (kenjutsu). I also play chess, basketball, and military and sports simulations. END_OF_DOCUMENT_TOKEN_TO_BE_REPLACED
This entry was posted on Saturday, July 27th, 2019 at 8:34 am and tagged with bell mountain series by lee duigon, Bell Mountain trivia contest, Byron the Quokka, comment contest, reader response and posted in bell mountain series, Just for Fun. You can follow any responses to this entry through the RSS 2.0 feed.
« ‘Let’s Nag Each Other About Racism’ (2015)
Oh, Boy! Time to Do the Drain! »