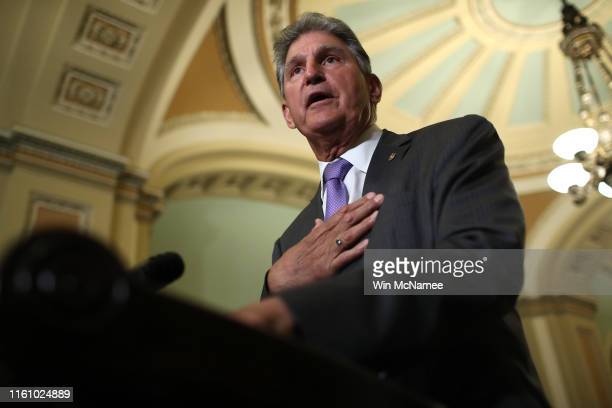 Is there a wild card in the deck, in our new Senate?

Thanks to Democrat cheating in the Georgia Senate race, the new Senate will be divided, 50-50, with Vice President Kamala Harris (Fraud Party) casting the deciding vote whenever there’s a tie–making her, in effect, a one-woman Senate. So Democrats will get everything they want–right?

Enter West Virginia Sen. Joe Manchin, who describes himself thus: “I’m a proud moderate conservative Democrat. Maybe there’s not many of us left, but I can tell you what this country wants is moderation (https://nypost.com/2021/01/12/sen-joe-manchin-denounces-impeachment-efforts-against-trump/).

Back in November Manchin pledged himself to vote against “crazy stuff” proposed by Democrats. “Whether it’s packing the court or ending the filibuster, I will not vote to do that.” Asked about it again this month, he said he would stand by that pledge: “Nothing’s changed.”

Memory check: Remember Republican Senator Jim Jeffords, from Vermont? In 2001, “Jumping Jim” switched–somewhat ineffectually–to the Democrat side, for which our Free & Independent Nooze Media Inc. hailed him as a patriot.

Think Manchin will get the same treatment if he votes with Republicans “to block major progressive legislation”?

If only he has the courage–and it will take courage–and decency to do it! We aren’t sure we can trust him. People we’ve trusted all along have been deserting us, lately. But if Manchin really can gird up his loins to vote against the crazy stuff, America will owe him a debt of profound gratitude.

Put your money where your mouth is, Joe. We’re with you if you do!