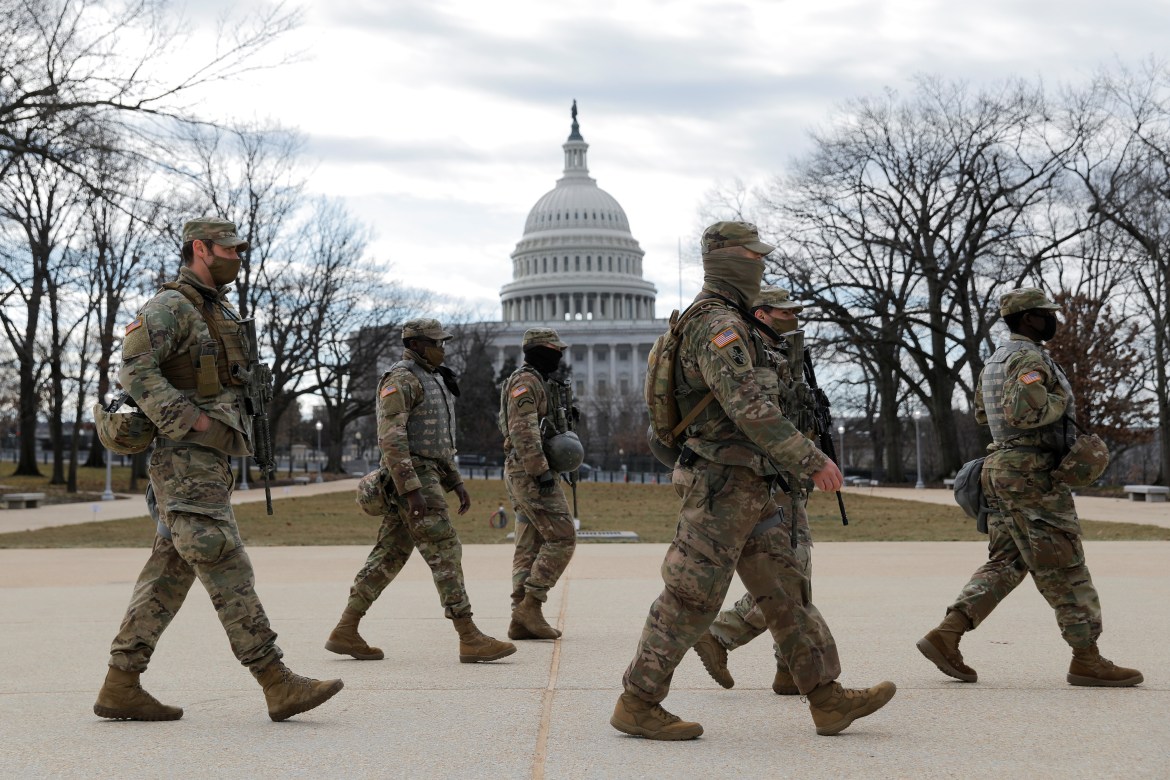 For four years-plus, it was Donald Trump: he was the boogie man, and Democrats used our Free & Independent Nooze Media Inc. to attack him every day, every night, non-stop.

But now he’s out of office and they need a new super-villain to scare the plebs. Looks like it’s going to be… “militia.”

People have been wondering why all those troops have been kept in Washington D.C. Some think it’s because Democrats can only govern us at gun-point. Maybe. But–!

Today is March 4; and today’s session of Congress has been canceled for fear that “militia” are going to swoop down on Washington and re-install Donald Trump as president, even if they have to wipe out Congress to do it. The… they call it “news coverage”… by the New York Times is remarkable for both hysteria and shabby pseudojournalism (https://www.nytimes.com/2021/03/03/us/politics/capitol-riot-qanon-trump.html). It would be funny if it weren’t real.

The Times hyperventilates about “Trump loyalists and extremists,” led by a not very important group called QAnon,  that are supposedly going to route the troops and grab the government: “pro-Trump conspirators may be planning an attack.” Gee, I thought we were the ones who were into conspiracy theories. And of course the “militia group” that’s the focus of all this “intelligence” and panic is… you guessed it: “un-named.” Heck, it could be anybody!

As Mark Simone said, “If they’re that scared of a dozen hillbillies in a pickup truck, they should all resign and go home.”

And no NYT article would be complete without saying “Mr. Trump repeated his false claim” about the election being stolen. How do they know it’s a false claim? The courts have refused to hear the case. How do they know the evidence is false? They have refused to look at it. But this is what is called, in modern journalism, “The Narrative.” It used to be called “lying.”

So here we are on March 4, Congress off cowering somewhere, Capitol surrounded by razor wire and riot fences, and troops all over the place waiting for the hillbillies.

Fantastic. They subvert our whole electoral process, follow it up with a raft of executive orders for stuff that nobody wants–and they’re dumbfounded that a lot of people, an awful lot of Americans, are mad at them? Say it ain’t so!

It would never, never occur to them to stop doing all that commie stuff that makes us mad at them. I mean, what is the whole point of being big shots, if you’re going to be scared of the peasants?

8 comments on “Democrats in Search of a New Boogie Man”