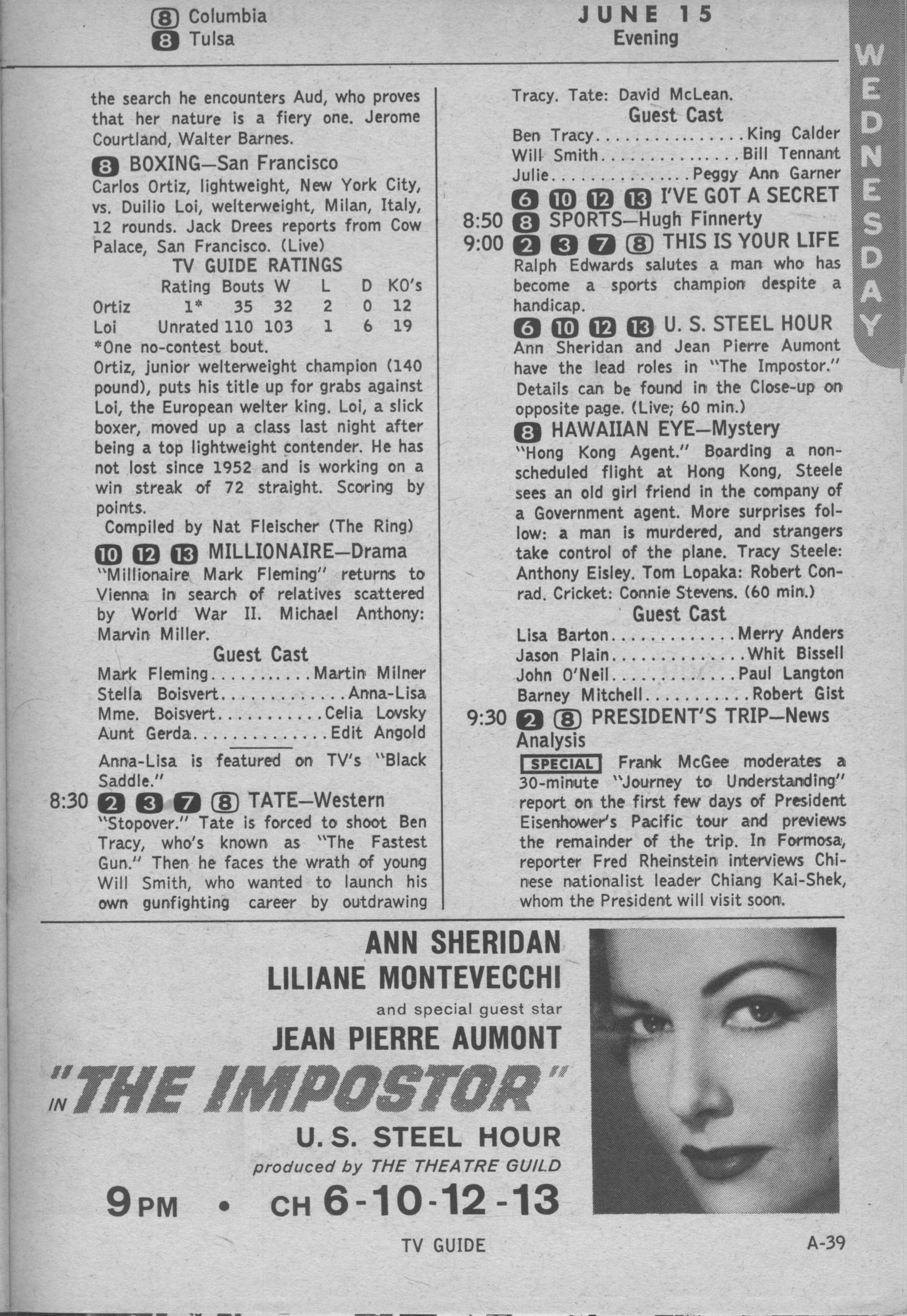 G’day! Byron the Quokka here, with another weekend’s worth of spectacular TV, brought to you by Quokka University, where I have the honor to teach Political Science… and introduce our TV listings. Just don’t ask where we’re getting these shows. I can’t be prosecuted if I don’t know… can I?

One of the four celebrity panelists has a secret that would turn him into a national laughing-stock, an object of universal loathing, if it ever got out–and it’s the job of the contestants to find out what it is! Host: Joey Stalin. With Typhoid Mary and the Pandemics.

So how do you master the intricate tactics and strategies of Chutes and Ladders? Join former world Chess Champion Boris Spassky as he tries to teach the game to incredibly dense college professors who just can’t seem to get it.

Hey, wait now, hold on there! I really must object in the strongest possible terms! Speaking for all quokkas everywhere, I must say that we would NEVER attack New York–but if we did, by gum, the Bowery Boys wouldn’t stop us! Wait’ll I find out who selected this movie. They’ll wish their fathers had never met their mothers!

Join host Mr. T as he moderates a debate between Rosie O’Donnell and a large root vegetable on the topic, “Are progressives really all that smart?” This is the “incident” that ended Rosie’s career! Also featuring Angela Merkel and her orchestra.

Well, that’s all for now. I have to go find the jidrool responsible for that stupid quokka movie.