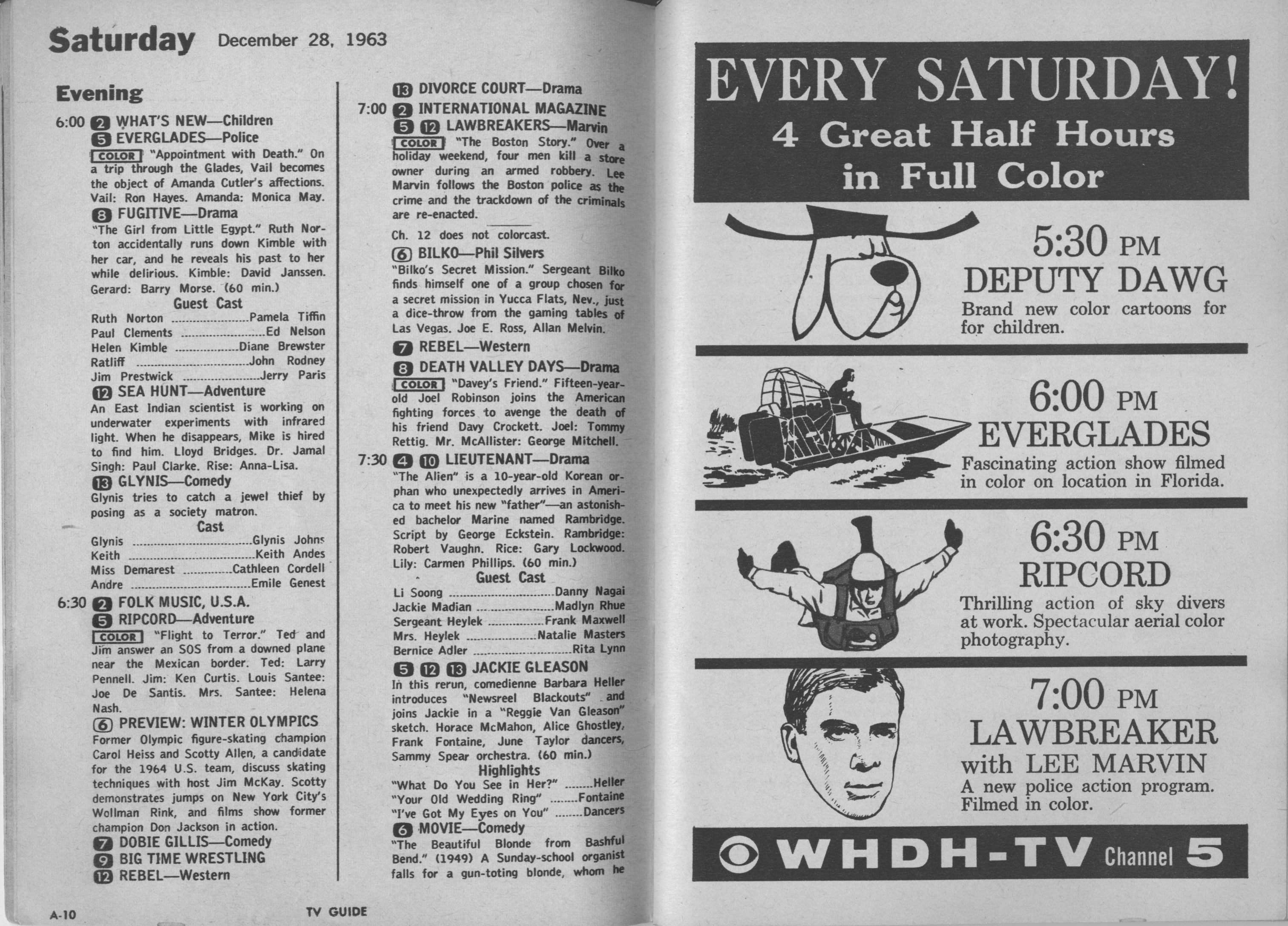 Wow! Here on Rottnest Island, it’s almost time for Deputy Dawg! But first a word about this week’s TV listings, brought to you by Quokka U. If we can raise enough money, we can buy one of those air-boats like they had in “Everglades.” Now all we need is a swamp!

Byron the Quokka here, and here’s a sample of this weekend’s fabulous television.

The pirates swoop down on a wagon train in the middle of the prairie and suddenly discover they’ve lost their ship! Cap’n Cod: Lorne Green  Clambrain: John Kerry   Marvin the Talking Ox: Howard Cosell

Ch. 05   NEWS WITH STEVE THE HAMSTER–News

Who says the news anchor has to be human? As Steve runs faster and faster in his hamster wheel, news stories fly out from the bottom and Ed McMahon digs them out of the cedar shavings and reads them for the camera.

Hollywood superstars love to climb the Himalayas! And Sherpa Gutzu Lhotsa Sope is the man who guides them to the summits. Even if he doesn’t always come down with the same celebrities with which he went up. With Andrew Cuomo and his orchestra.

Hopalong Haggis really does have to propel himself by hopping along on alternate feet, but that doesn’t stop him from solving crimes for the Phnom Penh C.I.D. in Cambodia, with whom he communicates telepathically. This week: someone’s left the water running. Hopalong: Harry Wong   Sgt. MacPherson: Sid Fernandez   Mrs MacGavin: Linzy Kagemusha

“Lost in the Outback” (1958) features the Bowery Boys being picked off one by one by rogue kangaroos and vengeful wandering minstrels. Filmed in Brooklyn but made to look just like the Australian wilderness, give or take a few cars and sidewalks. Leo Gorcey, Huntz Hall.  Rogue kangaroo trainer: Loretta Young. Suspicious-looking Rock: Tommy Lee Jones.

I hope our university opens soon.