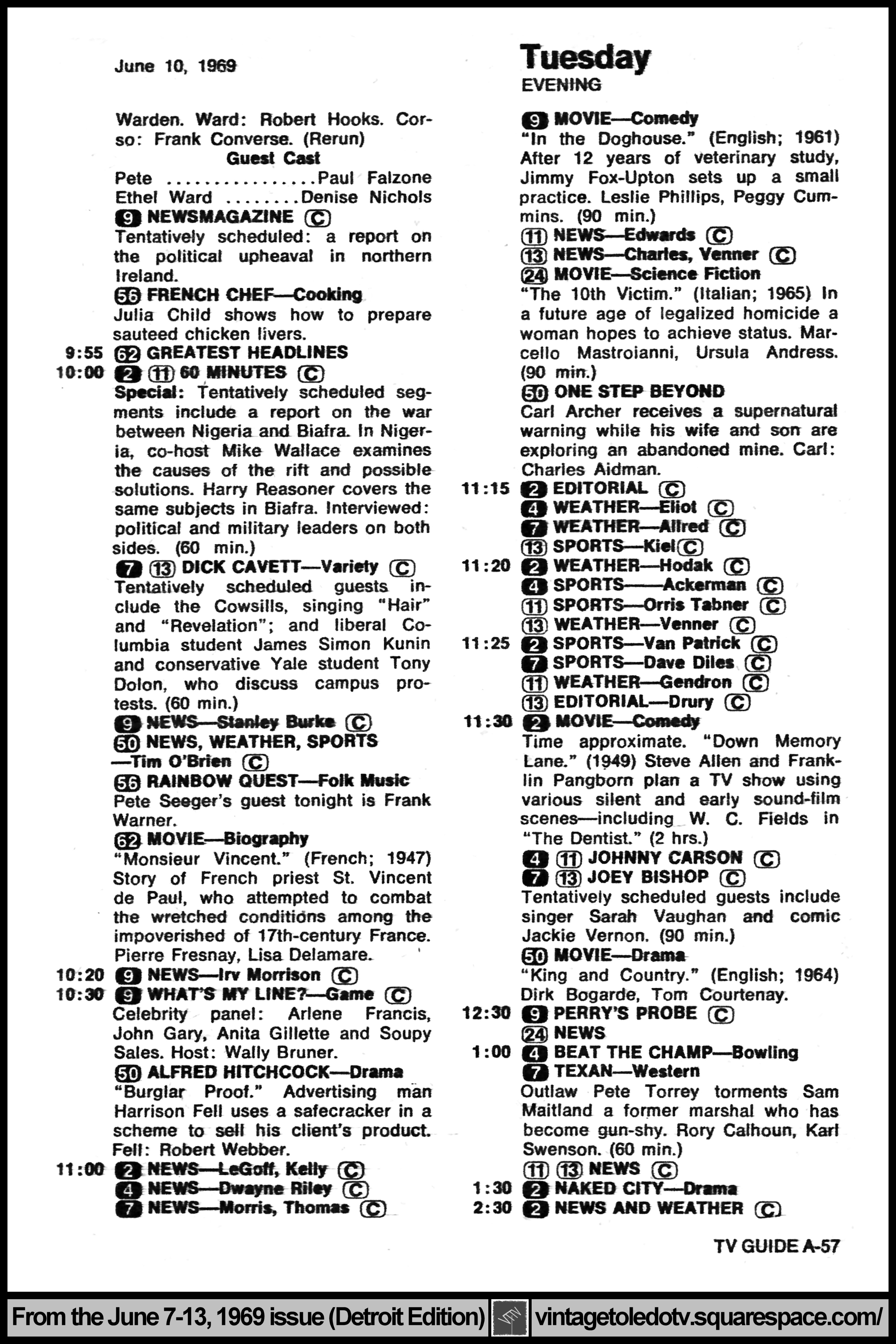 G’day, and happy weekend! Byron the Quokka here, with a sample of this weekend’s TV offerings from Quokka University. Last week they tried to catch us with the goods, and we had a narrow escape: fortunately the cops were too big to follow us into our burrows.

Anyway, if you’re looking for the absolute finest in TV viewing–greetings, pilgrim, your search is ended! (I heard that in a coffee commercial once: it sounds real cool.)

How better for space aliens to prepare their conquest of the earth than by touring the Old West disguised as a traveling circus? This week: Hoozkwrthopofht the Clown (William Windom) gets picked up by a suspicious sheriff (Gilles de Rais), and it’s up to Ringmaster Mtghwowllixtll (Linda Hunt) to rescue him before his Delusion Cream wears off. Agnes: James Brolin

Bimbu’s difficulties with English don’t stop him from simultaneously interviewing cartoon characters’ rights activist Judi Kazudi and medium Erica Tadpole, who is in contact with… well, nobody. Featuring Andrew Cuomo’s brain in a jar. With the Whoopee Goldberg Dancers.

10  THE BEST OF JOHN KERRY–Waste of Time

How do you compile “the best of” when there is no “best” to start with? Panelists (Roberto Duran, Peggy Cass, Sir Kenneth Clark, and Johnny Weismuller) try to figure it out! Host: A poorly-groomed, aggressive dog.

In “Lassie Goes Rogue” (1961), the beloved collie turns cunning killer and terrorizes the small town of Bab-O, Czechoslovakia. Can the Bowery Boys track her down and stop her before she depopulates the region; or will Lassie finish them off first? Leo Gorcey, Huntz Hall. Dr. Potatosky: Hale Boggs. Shell collector: Jack LaLanne. Lassie’s Mom: Eleanor Roosevelt.

10:06 P.M.  Ch. 33  WHO CAN SQUEEZE THROUGH THE NARROW OPENING?–Game Show for Claustrophobics

Oversized celebrity contestants try to force themselves through increasingly constricted openings. Host: Rosie O’Donnell. With Woody Woodpecker and his orchestra.

Well! That certainly makes me want to sit down and watch hours and hours of TV! Break out the potato chips!