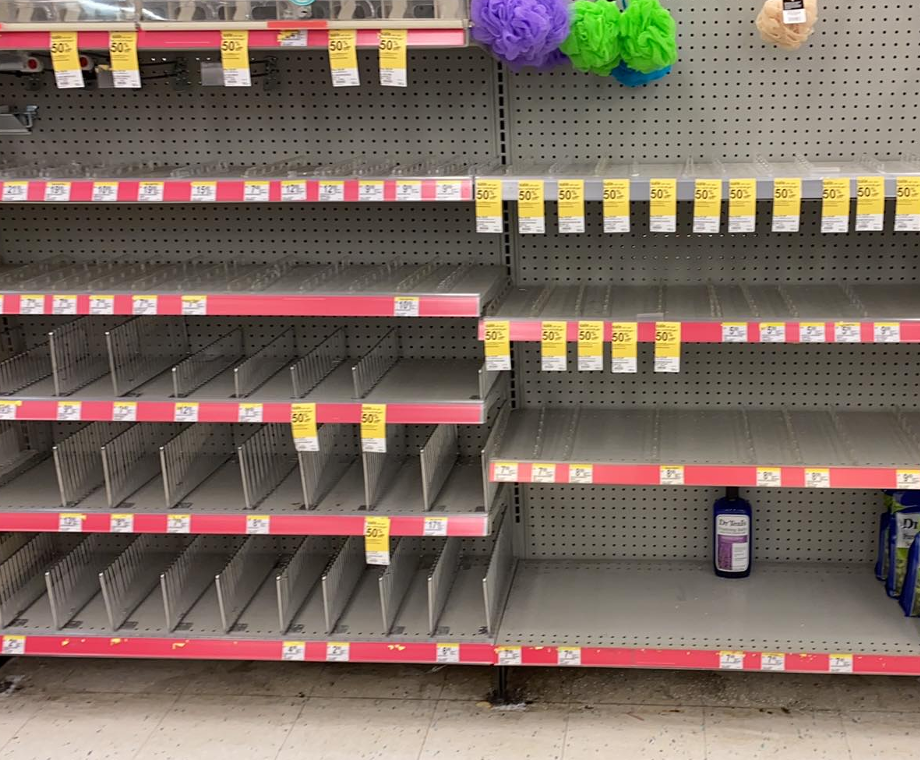 Honk if you can guess why these shelves are empty!

When is a sin not a sin?

When your church says it’s okay! Just part of who you are. And anyhow it’s God’s fault for making you that way, so there.

St. Abysmal’s Church in Orcland, New Jersey, will hold a special “pride mass” for thieves and looters. It would’ve been last Wednesday, but they had to move it ahead to next Wednesday after thieves broke in and stole the candlesticks.

Last year’s “Looter Pride Mass” was rendered all the more exciting when thieves stole Fr. Bubo Wormtongue’s car even as he preached a homily on “If you feel poor, that means you are poor!” He admits it took him some weeks to calm down.

The year before that, two youths ran away with the collection plates.

“It’s not theft!” said Fr. Wormtongue, through clenched teeth. “It’s redistribution, it’s equity, it’s social justice! And anyone who selfishly wants to hold on to his own property is nothing but a racist!”