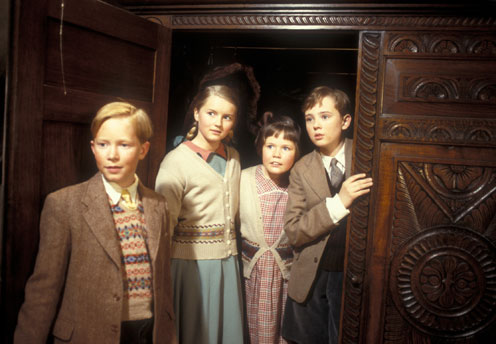 The hardest thing about writing fantasy is getting the reader to believe in the fantastic things that you’ve made up. The reader wants to believe in something far-out. Otherwise he wouldn’t be reading fantasy.

But still, how do you do it? How do you get someone to feel like he’s really been to Narnia, or heard the Ringwraiths howl as they were hunting him, or ridden with the green Tharks over the dead sea-bottoms of Mars?

It ain’t as easy as it looks.

Not that my work can be compared with any of the above: but according to most of my readers, I have done this successfully.

You could write whole books on this subject, teach whole courses, and this is only a blog post. It’d take a lot of posts to answer the question. So let me just show you one item from my toolbox, which I think is the most important one:

If they’re people, even if they’re kings or heroes, make them so the reader can easily imagine interacting with them–and please lay off the stereotypes! Tolkien’s Aragorn, aka “Strider,” is both a hero and a king; but he also displays a full range of emotions like the rest of us. He gets tired, he gets lonely, happy, sad, or angry. Sometimes he makes a wrong decision. He’s everything he ought to be, but doesn’t come off like a plaster saint. As the story goes on, I root for him but sometimes worry about him, too: sometimes I fear he’s not going to make it.

Which is all to say, make your human characters human.

But what about characters who aren’t human? Well, that’s what makes it fantasy.

How do I write Wytt, the fierce little Omah in my Bell Mountain books? Readers tell me they not only believe in him, but love him. How do I do that?

Wytt works because he conforms to a standard, purely imaginary but a standard nevertheless, of what an Omah is, what he will do or won’t do, how he will think or feel or react differently from any human being. Readers enjoy Wytt because he’s different–not like some of those “elves” or “dwarfs” you meet in a really bad fantasy novel that might as well be greeters at Wal-Mart, because there’s nothing on the inside that really makes them elves or dwarfs.

I know I need to say more on this subject, but I’m running out of space. I’ll come back to it later, if you’re interested.