Look at this: almost 4:00, and I’m still dremmeling, just can’t get into gear.

They’re giving votes to non-citizens. They’re trying to prevent any measures to safeguard the integrity of our elections. They want to stay in power. Forever.

One gets tired of all this. One grows weary. It’s like chasing down firebugs in a deserted mansion. You put out a fire in the sun room, and they start two more somewhere else. And they’ve got their faithful little noozies running after them, sniffing their butts and barking their approval.

They really don’t like our country, not a bit, they despise us, and they want to turn the whole place inside-out, turn it into something else. Probably with a lot of gender fluidity.

There must be some way out of this, if we can only find it.

There is nothing Democrats will not do to acquire and keep power.

As they see various states tightening up their election laws to keep what happened in 2020 from ever happening again, Democrats think they’ve found a way to frustrate voting law reform:

Give the vote to non-citizens!

New York City has just done that: some 800,000 non-citizen voters have just been brought on board, and the city’s new Democrat mayor says “I look forward to bringing millions more into the democratic process” (https://www.dailywire.com/news/rnc-sues-nyc-over-noncitizen-voting-rights-law-american-elections-should-be-decided-by-american-citizens). Meanwhile, the Republican National Committee has sued to protect the status of U.S. citizens as the only authorized voters.

Now, why would you want non-citizens voting? You’re either a bad person trying to undermine America, or there’s something wrong with you.

And as long as you’re getting the perks of citizenship without having to shoulder the responsibilities… why would you bother to become a citizen?

You watch: eventually Democrats will have people voting in our elections who don’t even live here. Actually it’s not hard to understand. For leftids, anything good is bad and anything bad is good. Down with Christian saints!

Year after year we endure the brainless jaw-flapping of “activists” demanding the erasure of anything, anyone, any words that doesn’t conform to their own claustrophobic world-view. Here’s one from 2018.

Yes, somehow teaching Christianity has become a hate crime and Father Junipero Serra, a criminal. So they have to tear his statue down and rename the mall at Stanford that for long has borne his name.  I wonder what they want to call it now. 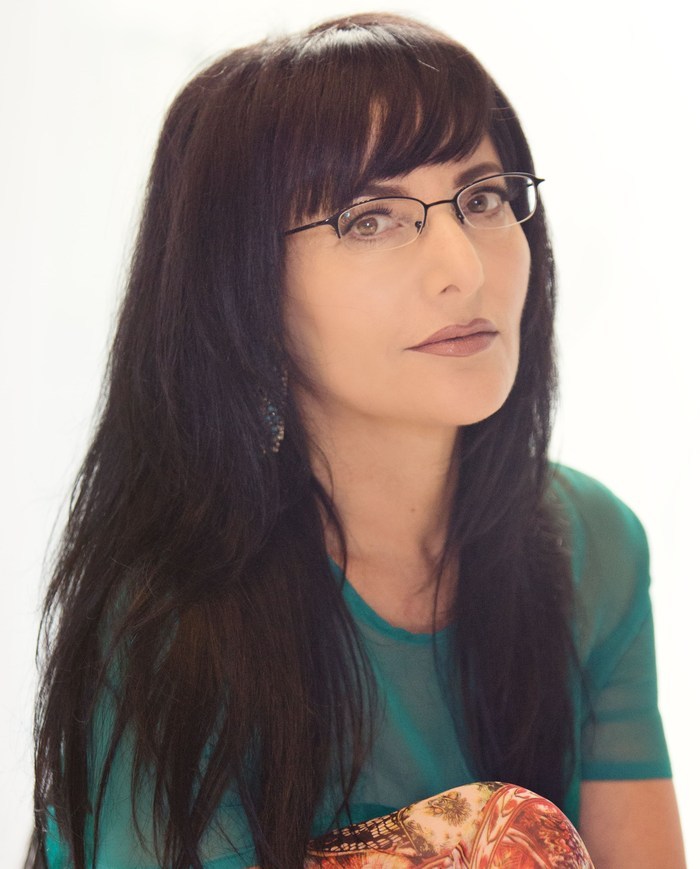 This is something that must be said, and I can’t say it any better than Ilana Mercer did yesterday in her townhall.com column (https://townhall.com/columnists/ilanamercer/2022/01/07/deplorables-cancel-the-january-6-psyop-n2601542).

The rioters, looters, and other criminals who spent the whole of last summer rampaging in Democrat cities all over the country know the Party has their backs. Offenders, if they were arrested at all, were released almost immediately–usually without any charges being filed. Presstitute nooze media called the carnage “mostly peaceful protests,” Far Left celebrities lined up to pay their bail (if bail was even required), and on Jan. 6 the whole mob of them came out with hysterical warblings about “the threat to our democracy” posed by those millions of us who are convinced there was something radically wrong with our 2020 elections. So “our” protesters sit in solitary confinement without trial while theirs, with the full blessing of the Party, go on to ever greater crimes.

Is there anything the Democrat Party won’t do to acquire and keep political power? Their dream of a one-party socialist authoritarian state leads them on and on.

If we don’t get very, very serious about winning this year’s elections, we  can probably kiss our republic goodbye.

Democrats want to lower the voting age to 16–a sign of mortal desperation.

Is there anything these people won’t do to gain and keep power?

What will they promise high school kids, to get their votes? Oh, I know! The right to ground your parents.

That ought to fetch ’em. We hear a lot about “civility.” Most of what we hear is Democrats demanding that “civility” be shown to them. They don’t have to return the favor.

How do you play nice with these people? All they want to do is harm us and wreck our country.

And if you can’t see through their word games–shame on you.

“When this stone gets up and moves, we will end our Mask Mandate…”

We toldja Democrats mean to make the Pandemic last forever!

So here’s Oregon contemplating a rules change–and a feat of administrative gymnastics–to re-cast its indoor Mask Mandate as permanent (https://www.zerohedge.com/political/oregon-moves-make-indoor-mask-mandate-permanent).

But not to worry! See, “permanent” only means “indefinite,” not “permanent.” The current rule allows them to keep the Mandate in place for only 180 days. So they have to change the rule, ya see, to make it “permanent.” And then they can always repeal it somewhere down the road, at the end of the rainbow where the Pandemic ends, too. Like, once they run out of names to give new COVID variants.

Honk if you trust them for more than a nanosecond.

But heck, for leftids this is The Big Thing in their lives and they’re going to relish it for as long as they can–to say nothing of the intense pleasure they derive from imposing their crapola on everybody else. Just now their eyes burn, burn, burn with envy when they see Australia’s POW-type “Quarantine Camps.” Oh, they just can’t wait to have that here!

I suppose we can be thankful that Oregon is not America. Just a piece of it that needs a whole new government. 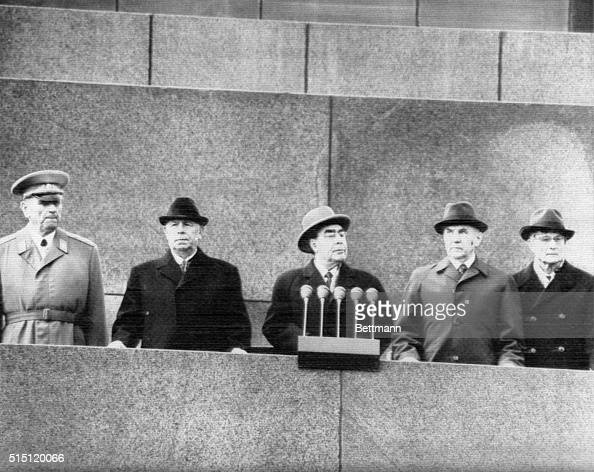 Our government doesn’t like us much. In fact, it despises us.

Which explains a lot of the nooze we see today.

It’s as if a foreign power conquered us, and ground us down under their alien “woke” ideology. And anyone who rises up against it will be sorry!

I do remember when the people on the school board were your friends and neighbors.

Now it’s more like a bunch of comissars imported via time machine from the Soviet Union, circa 1950.

And the rest of the government’s worse. 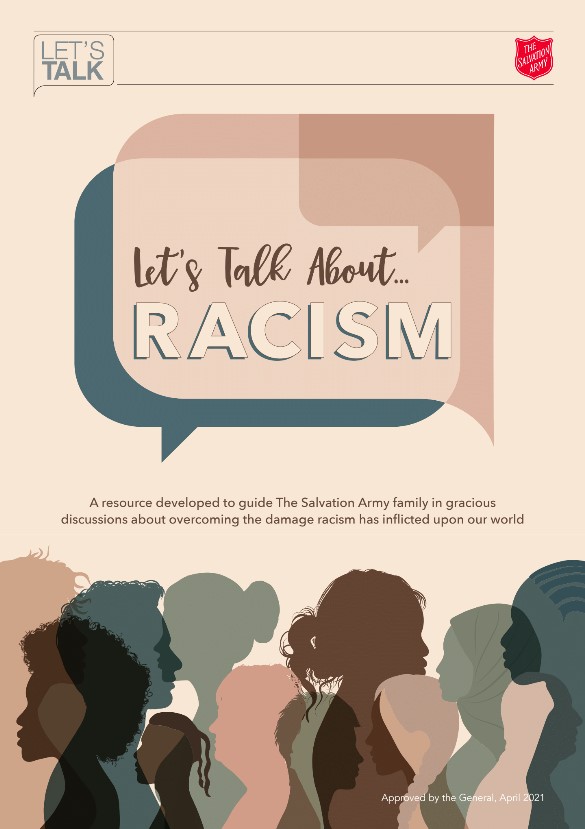 Sorry, guys, but it’s got your logo on it.

When people learned the Salvation Army (say it ain’t so!) had turned hard left and was pushing “woke” doctrine on its personnel, they didn’t like it–not one bit. And so the donations started to dry up–especially with the Army saying white people ought to “lament, repent, and apologize” for being white.

Now they’re trying to wriggle out of it–while at the same time continuing to pursue it (https://www.breitbart.com/politics/2021/11/29/salvation-army-withdraws-controversial-guide-urged-donors-repent-racism/).

So the Army says they have “withdrawn”–what does that actually mean?–its controversial “guide” book, Let’s Talk About Racism. (I have a better idea: let’s not!)

Yeah, well, guys, anybody can say “I’ll be good, I’ll be good!” Just saying so is not good enough. You have to show you mean it.

*Fire “General” Peddle, or whatever his name is. This “anti-racist” fiasco was his baby. He’s got to be chucked out with it.

*Fire “instructors” and consultants who were involved in this. Fire anybody who had anything to do with it.

*Publicly disavow and disown any publications paid for by the Salvation Army in aid of promoting the real and ranting racism that goes by the name of “anti-racism.” It’s just a euphemism for hating white people.

*Publicly sever ALL ties with Black Lives Matter. And get rid of any blooming idiot who can’t see that BLM is evil.

*Have new leaders publicly pledge that NO moneys donated to the Army will ever again be used to promote Critical Race Theory or any doctrine related to it.

It goes against a lifetime’s practice: but until those steps are taken, I’ll have to walk right past the Salvation Army kettle without putting any money into it. And no more monthly pledge, either. If they think I’m a racist, then my money’s racist, too.

Because the truth is not in them–heck, convincing lies aren’t even in them–leftids keep promoting the Kyle Rittenhouse “Not Guilty” verdict as some kind of cataclysm of “white supremacy.”

And just to show their heart’s in the right place–somewhere out in Commieland–Levi Strauss has hired a “Racial Trauma Specialist” to counsel employees who are experiencing… I don’t know… “racial trauma”? (https://justthenews.com/accountability/levi-strauss-provides-racial-trauma-counseling-promotes-gun-control-after)

Why do corporations play along with the woke mob? What could be more shameful? Levi Strauss, in addition to making blue jeans, now has a [trumpet fanfare] Chief Diversity, Equity & Inclusion Officer. What kind of salary do you suppose she makes, just for babbling? Does “equity” even mean anything?

Listen to these ninnies. Riots are called “racial justice protests” or “racial justice events.” Anyone–anyone!–who truly feels a need for this is too pathetic for words.

Oh–and they’re gonna urge employees to “advocate for gun control”–so that scumbags who attack you can’t get shot anymore–and even offer them paid “volunteer time.” Were you wondering why your jeans cost so much?

Really, really, really! This stupid dangerous foolishness has to stop. We, the majority, the sane people of America, have to shut it down. If we devoted a fifth of the energy to our cause as wacko leftids do to theirs, we’d have them wiped out in a week.

P.S.–School boards, universities, companies, etc. are all scrambling to rename their Critical Race Theory “teachings.” Just change the name–gee, we must be awfully easy to deceive.