Jambo! Mr. Nature here; and today’s safari takes us to the inland sea of what is now Kansas–and Elasmosaurus, one of God’s creations that has puzzled science for over 100 years.

This was a plesiosaur, a marine reptile, with an insanely long neck. There were many species of plesiosaurs, all following basically the same body pattern… which can be described as a snake with the body of a sea turtle. Many artists have depicted the Elasmosaurus’ neck performing wild twists and turns and arabesques, but the actual skeleton doesn’t support that. The neck was probably much less flexible than that.

One of America’s two greatest 19th-century paleontologists, Edward Cope, reconstructed Elasmosaurus with the head attached to the tail. Legend has it that the other greatest paleontologist, Othniel Marsh, publicly shamed Cope by pointing out his error (“Ha, ha, you did it backwards!”)–after which the two scientists became mortal enemies locked in a fierce competition which has come to be called “the Bone Wars.”

We still don’t know how this animal reproduced itself or how it used its preposterous neck. (Not as crazy as the neck of Tanystropheus, but it seems that where prehistoric animals are concerned, anything goes.) Well, it must have worked efficiently, or there would have been no Elasmosaurs.

I really love these weird creatures, even if I can’t explain how they managed their everyday lives. 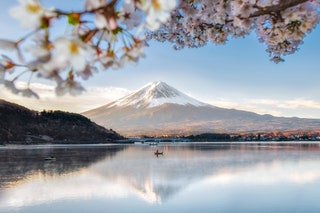 He didn’t have to create beauty, but He did.

But there is more to His creation, much, much more, than all the stuff that has to be there.

What We Wouldn’t’ve Thought Of, but God Did

He didn’t have to create so much goodness, so much beauty. He could have created a world that was merely functional. All the little extras He included… those are the things that make life worth living.

For a truly dreadful idea, imagine a world created by human beings convinced of their own wisdom.

I’ve wanted to post this little video for a long time, and it’s finally available–a brief visit with extinct mammals called Chalicotheres–or “knuckle bears,” if you’re already acquainted with them via Bell Mountain.

Is it a kind of horse? A gorilla? A grounded tree sloth? Or some weird combination of the three? Their fossils have been found in North America, Africa, Europe, and Asia.

Anyway, I thought this might provide a welcome break from nooze. God’s creative work knows no bounds. Let’s appreciate it! Well, it’s got to be smarter than this blasted computer, at any rate!

Yes, the technology is in full revolt this morning, it’ll be a miracle if I can find and attack the picture to this article.

So there’s a spider in South America that creates anatomically correct models of spiders to fool predators. The spider works better than WordPress.

Elder Mike asked for this, The Woodpecker Song by Buddy Davis–all new to me, but really kind of cool. It’s a celebration of God’s creative power–and how creative it is! You’ve never seen so many different woodpeckers, have you? I had to take the laundry this morning, hop into my car–and holy cow! You wouldn’t believe the glory of our trees!

My town has always been known for its beautiful trees, wherever they can stop orcs from chopping ’em down; and this fall, wow! Some of the leaves are so bright, it looks like the tree’s on fire–like Moses’ burning bush.

This is the work of the Lord, His mind, His hands. Nothing in this world is perfect, but the Fall season does have its compensations.

Oh, I wish you could see these trees… 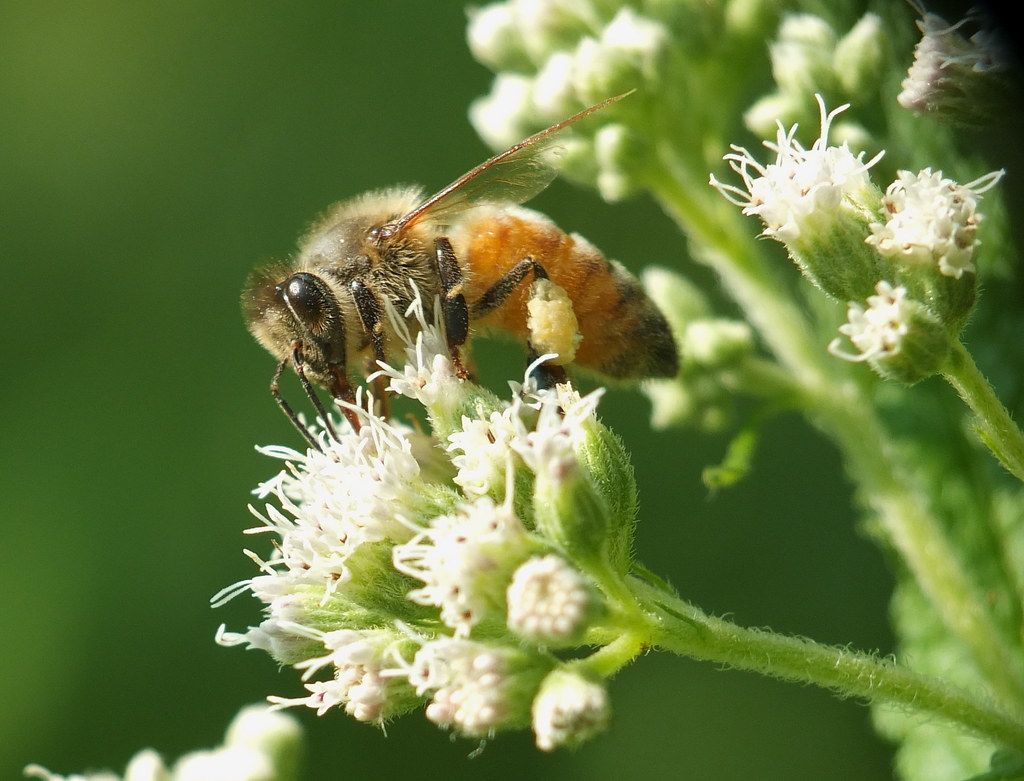 I couldn’t help noticing how busy the bees are today with all those little white blossoms on our host of boneset plants. Bumblebees, honeybees, and our tiny native bees–they’re all over those flowers today.

I also noticed the bees were very much at peace with one another. The same plant might have all three kinds of bees working on it at once. True, there’s plenty for all: our boneset plants could provide nectar and pollen for whole swarms of bees. The bees don’t have to compete for limited resources.

But since when has that ever stopped different groups of humans from getting up each other’s noses?

God has given the bees what they need; they find no excuses to attack each other.

Maybe they’re just nicer than we are.

They’ve cut down all our trees, but we still have–in delightful profusion–these little white wildflowers all over the place. The bees love ’em–bumblebees, honeybees, and our tiny native bees.

This plant is called “boneset,” because it was once believed that including its leaves in splints facilitated the healing of broken bones. The leaves can also be used for making tea, said to be a remedy for coughs and colds. I think I’d like to try that, if I only knew how. But what would happen if I did it wrong?

Whatever its practical use, this is a pretty plant and it’s obviously good for the bees. It makes a nice backdrop for writing about Lintum Forest. Our Lord’s handiwork is always an inspiration.

And now I’d better go out and re-fill the bird feeder.

One of my favorite activities, as a boy, was to go out into the woods next door and turn over rocks and logs, looking for salamanders. There were a lot of them around, but it was always a big event when I found a red salamander–Pseudotriton ruber ruber, to the salamander cognoscenti.

The young ones are a brilliant orange-red with black spots; as they age, they grow darker. They aren’t very common, so it’s always worth a “Yahoo!” when you find one. They eat bugs, like the globalists say we should. But I could never get any of mine to eat, so I always had to let them go.

These are gorgeous little animals, they don’t bite, they were twice as big as any other kind of salamander I could find, and it’s a pleasure just to see one. I’ve never found one anywhere in this neighborhood. But there was a little swamp behind the Studnickis’ house (great for ice-skating in the winter) and they seemed to like the damp environment.

My parents never understood why I wanted to bring these home,. but they didn’tc complain about it. 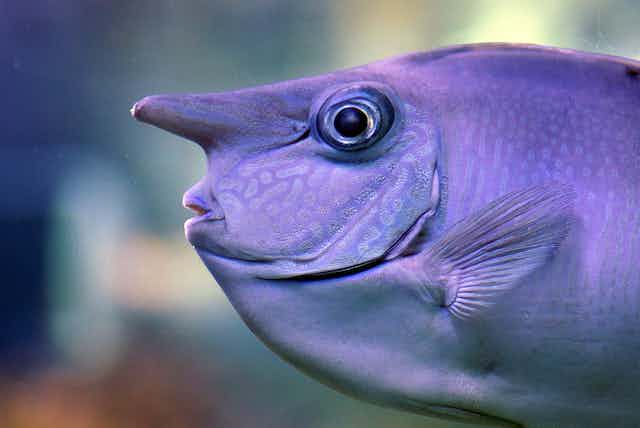 “How the dickens should I know?” growls an irritable Mr. Nature. He’s been working on this blog, too, and it has made him cranky. In a few minutes he calms down.

The answer to the question is, “Well, they sort of sleep, but not like we do.” That is, they rest. They might find a cranny in a coral reef, or an old tin can, and hole up there for a while–where they can breathe more slowly and not have to exert themselves. The hard part of being a fish is there’s always something or someone trying to eat you. So just floating around or lying on the bottom fast asleep is a pretty sure way to wind up out of the saga.

Watch your goldfish carefully and see if they have down time. That’s them sleeping. Sort of.