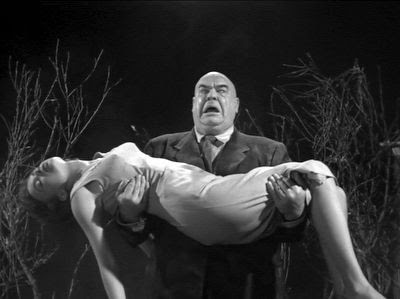 There are many sites on the Internet listing “the 50 worst movies of all time,” according to this or that viewer poll, this or that critic. Even allowing for much variation, there are still a few films that make everybody’s list: legendary clunkers like Heaven’s Gate, Gigli, Plan 9 from Outer Space, Speed 2 (set on board a cruise ship going six knots per hour), etc. I am always shocked to discover how many of these I have actually seen.

But each and every terrible movie raises the same question: What ever made them think that this was going to be good?

Think about it. A movie isn’t slapped together in an afternoon. It takes days and days of work; and at the end of the day, the director and the staff have to watch the rushes to see how the last bunch of filming turned out. For the most part, it costs a lot of money to make a movie: so supposedly the people who are making it know what they’re doing.

So how is it that you have investors who want a return on their money (and if they were in the habit of just throwing money away on silliness, they would soon not be rich investors anymore), writers who are paid good money for writing, a director whose career could end if he makes a bad enough movie, individuals who are paid good money to act in the film, and all of the work that all of these people do subject to day-by-day review and oversight–and with all that, you still wind up with Exorcist II: The Heretic? How could anybody look at the rushes for The Fifth Element and not realize they were creating the ugliest movie you ever saw?

Is it any wonder that equally fallible (or even criminally mischievous) persons, lacking the capacity for immediate oversight enjoyed by movie-makers, come up with a disaster like Obamacare? Is not Global Warming the Heaven’s Gate of science?

Policy-makers don’t have daily rushes to look at–although, when all is said and done, they are very able to ignore lots and lots of negative feedback.

If America’s immigration policy were a movie in progress, what do you think the rushes would look like? If Ed Wood could look at the dailies for Plan 9 from Outer Space and say “It’s good, print it,” is it any wonder that the leaders who have turned our southern border into a giant vacuum cleaner sucking in millions of illegal aliens, and all sorts of diseases, can look at what they have done and say, “It’s good”?