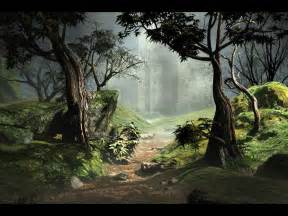 If fantasy writers heeded the advice, “Write what you know,” we’d all be out of business. But it does raise a tricky question: How can you write believable stories about imaginary people living in an imaginary world? Which, of course, is just what a fantasy writer does.

People who don’t like fantasy usually say the reason they don’t like it is because it’s so full of rubbish. The rubbish is the stuff in the story that they can’t believe in. And speaking for myself, that would include needlessly complicated names, names that sound like popular pain relief products, and unbearably predictable stock characters–the invincible female warrior, the crusty but benign wizard, buxom tavern wenches, lusty barbarians, know-it-all elves… enough already!

And then there’s the fantasy which anyone can see is a thinly-veiled exercise in self-glorification, in which the writer’s personal stand-in is the hero and all the other characters are just thrown in to make him look good. This is even worse than know-it-all elves with names like Mylanta and Feenamint.

So how can anyone write a fantasy that the reader will be able to believe in as he’s reading it? (If he continues to believe in it after he’s done reading, that’s a problem beyond the scope of this little essay.)

Without writing a book about it, I think the fantasy writer needs to do something that good writers do no matter what kind of fiction they write.

Watch what people do and listen to what they say. And above all, be interested in them!

Character is the key. If your fictional characters act and think and speak and feel like real people, they will draw the reader into your imaginary world.

If they’re one or two-dimensional nothings, because the writer is always interested first and only in himself, and not in other people, your imaginary world will suck no matter what else you do with it, fill it with castles, monsters, and fantastic beings as you will.

It’s not just fantasy writers who have to pay attention to what other people are like, and try to do them justice, even if they’re fictional.

It’s all writers in all genres, all the time. The writer who can’t be bothered to look into another human heart, and feel at least some kinship with it, has nothing worthwhile to say.