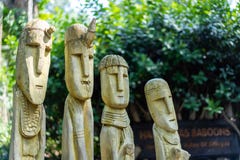 I came in for some abuse when I asked atheists “What do you believe in?” and then didn’t accept “rationalism” as an answer. Only because “rationalism” always boils down to a matter of opinion. One man’s “rational” is another man’s wall-climbing crazy.

As Christians we know what we believe and we know Whom we believe in. God is a person. He made us in His image and He loves us.

“Rationalists” are only idol worshipers, venerating things like Science, The State, The Party, etc., that they themselves have made with their own hands.

There’s an awful lot of it around today.

I have lived in Metuchen, NJ, all my life. I have been married to my wife Patricia since 1977. I am a former newspaper editor and reporter. I was also the owner-operator of my own small business for several years. I wrote various novels and short stories published during 1980s and 1990s. I am a long-time student of judo and Japanese swordsmanship (kenjutsu). I also play chess, basketball, and military and sports simulations. END_OF_DOCUMENT_TOKEN_TO_BE_REPLACED
This entry was posted on Wednesday, October 10th, 2018 at 10:47 am and tagged with "rationalism" as religion, belief in God, culture rot, idol worship, unbelief in God and posted in religion. You can follow any responses to this entry through the RSS 2.0 feed.
« Encore, ‘Immortal, Invisible, God Only Wise’
Hillary Urges More Un-Civility »