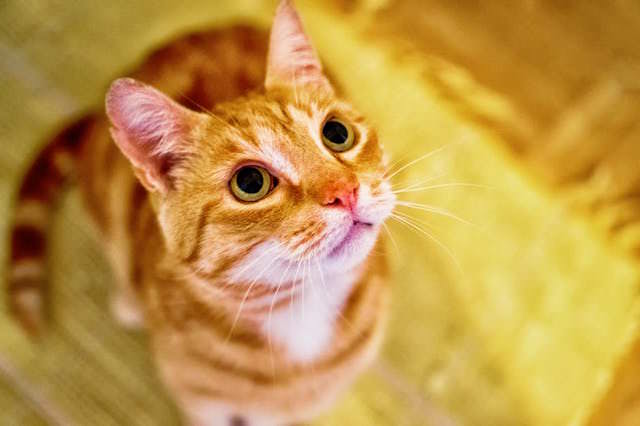 They say a dog has the intelligence of a two-year-old child and can understand more than a hundred words.

My old orange cat, Buster, had that beat by miles. Two examples:

As he sat in the window, I remarked to him, “Buster, have you noticed how fat your sister’s getting? She needs more exercise. Why don’t you chase her up the stairs?” He jumped down from the window and did just that.

Another time, while he was recovering from dental surgery and still a little groggy, and slow in getting motivated, I made a suggestion to him, based on the fact that we had his litter box upstairs in the bathroom. “Whattaya say, Buster? How about we go up to the bathroom and have a pee?” And up he went, straight to the litter box: and he was just fine after that.

Another one of our cats, Henry, liked baseball and would argue about it to the best of his ability. I’m sure he understood what I was saying to him, but I was much too dense to understand what he was saying to me. It was either about stealing bases or stealing the runners who were on the bases; I couldn’t figure out which.

5 comments on “Can Your Cat Speak English?”