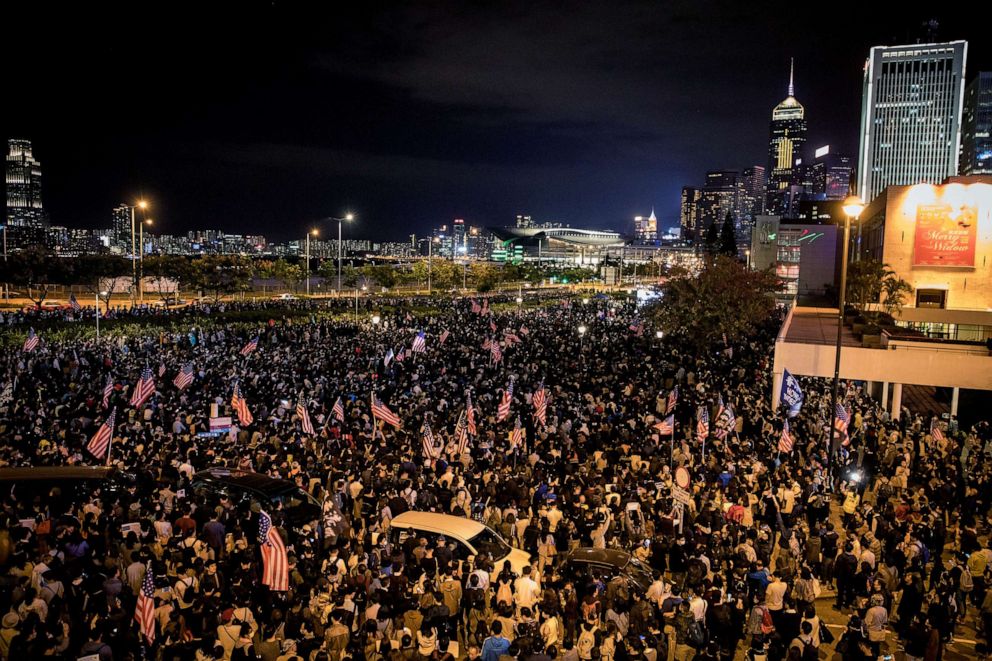 One early morning in 1991, my wife shook me awake. “There’s no more Soviet Union!” she said. That woke me up, all right.

Is the same thing about to happen to Red China? The Hong Kong protests have now spread to the mainland (https://www.breitbart.com/asia/2019/12/02/protesters-within-china-defy-communists-just-like-you-hong-kong/).

The Chinese communist government has tried to suppress all news of the protests, but some reports have been getting through the “Great Firewall of China”–the censorship regime created with the help of Big Tech from our country and others.

The Soviet Union started wobbling badly in 1989, when one after another of its Eastern European satellite nations successfully broke away, the Russian economy choked, and the military went broke trying to keep up with America in a high-tech arms race. Despite all this run-up, it was still a shock when it finally collapsed for good in 1991.

China has been wobbling, too, for several years. The government has continually persecuted and suppressed Chinese Christians, Muslim Uighurs, and Tibetan Buddhists. They’ve built super-malls for show, that have yet to have tenants, let alone customers. Air pollution has gotten out of hand. And now these Hong Kong protests are spreading to the mainland.

Y’know, they could have just left Hong Kong alone. The status quo benefited China, Hong Kong, and their trading partners. But of course the communists couldn’t just leave it alone. This potentially very dangerous crisis is their fault.

Pray Our Lord that this evil empire expires with a minimum of violence, and that He might grant the blessings of liberty to all the peoples of China: in Jesus’ name, Amen.

5 comments on “Keep Your Eye on China”