Just the other day Chagadai, the captain of King Ryons’ Ghols, his bodyguard, walked into the Bell Mountain movie I’m going to make someday, when my ship comes in. I recognized him immediately as Burt Kwok, who played Mr. Entwhistle in Last of the Summer Wine. 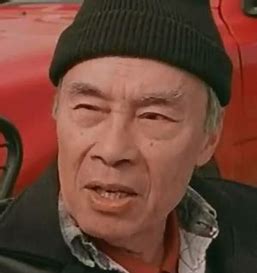 This little game helps me to see and write about my fictional characters as if they were real people. I know, I know–movies and TV? You think that’s real? But I’m writing fantasies, not accident reports.

One of these days I’d like to try writing up a character who’s incompetent, foolish, scared of his own shadow, and worth absolutely nothing in a crisis.

I have lived in Metuchen, NJ, all my life. I have been married to my wife Patricia since 1977. I am a former newspaper editor and reporter. I was also the owner-operator of my own small business for several years. I wrote various novels and short stories published during 1980s and 1990s. I am a long-time student of judo and Japanese swordsmanship (kenjutsu). I also play chess, basketball, and military and sports simulations. END_OF_DOCUMENT_TOKEN_TO_BE_REPLACED
This entry was posted on Saturday, April 4th, 2020 at 8:59 am and tagged with a personal note, Bell Mountain movie, bell mountain series by lee duigon, Burt Kwok, Chagadai the Ghol, creating fictional characters, The Art of Writing and posted in Book Updates, Fantasy Criticism. You can follow any responses to this entry through the RSS 2.0 feed.
« ‘Days of Elijah’
Jailed–for Succeeding Where the Medical Establishment Failed »