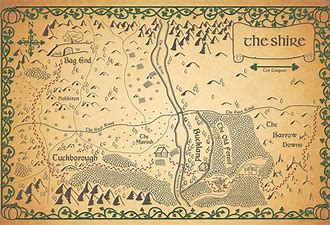 Why do we watch fantasy movies, or read fantasy novels? I mean, who wants to see the good guys win and the villains lose, problems get solved, dragons slain, bad guys run out of town, etc.?

Wouldn’t you rather watch nooze? Or at least some Gritty Realistic Drama in which everybody dies?

Yes, we read fantasy for escape. We can’t really tunnel out of this POW camp of the 21st century, but at least we can imagine doing so. True, the imagination is a big box with a lot of bad items in it: all the trouble starts there. But every now and then we can imagine something better, by God’s grace.

And if nothing else, a well-done fantasy is a sanity break!

(I admit that there are few things as bad as a bad fantasy.)

Where can I buy a ticket for the Narnia Local?