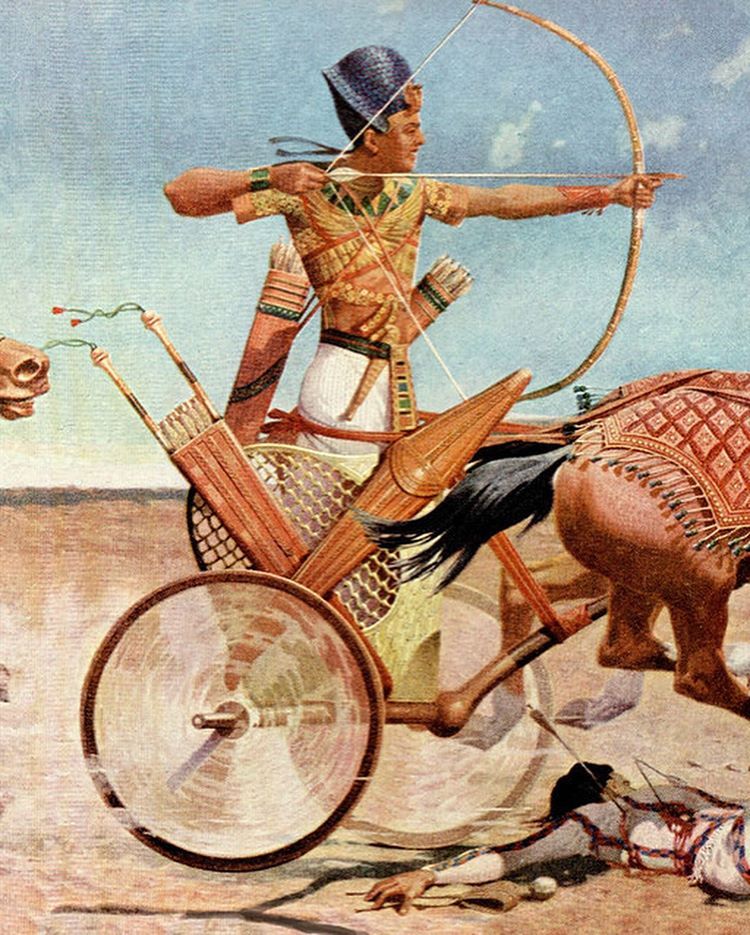 I’ve just finished reading Exodus Chapters 14-15, in which Pharaoh’s chariots, in pursuit of the children of Israel, are drowned in the Red Sea: along with all the footmen and horsemen, too; but the chariot corps was the cream of the crop.

Chariots play a major role in the Old Testament. We think of those lightweight, sporty, deadly chariots employed by warrior pharaohs like Thutmosis III and Ramses II. But they weren’t always like that.

The oldest chariots we see are depicted in Sumerian artwork, circa 3,000 B.C. Those have four wheels instead of two and are pulled by teams of what appear to be wild asses, the domestic horse having yet to be introduced to the Near East. These Sumerian chariots look slow and cumbersome; but at least they’d transport troops to the battlefield. And they came in handy for use in funeral processions.

By 1,500 B.C. the horse was available and chariots were redesigned into what was then a lethal fighting machine. Egyptian chariots each carried a warrior and a driver. Hittite chariots carried two warriors. Egyptians and Hittites clashed at the Battle of Kadesh, the greatest chariot battle of all time, featuring thousands of chariots on each side.

But for several centuries it was the chariots that struck fear into the hearts of a king’s enemies; and the Bible remembers that.