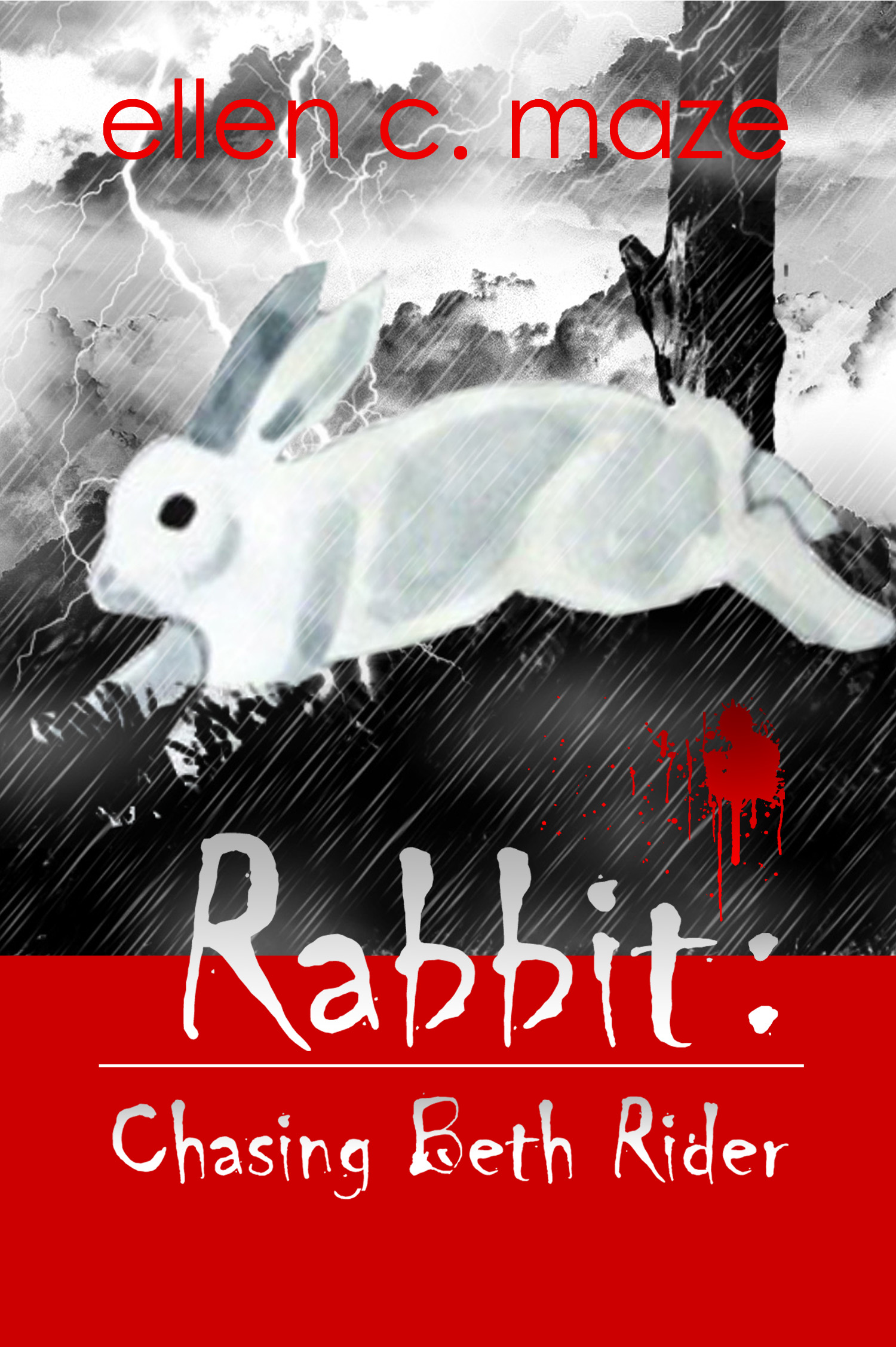 For the past two years or so there has been an undercurrent of buzz in the book world as to when we would see the first “Christian vampire novels,” and what they might look like. The subject has even come up recently on my book blog.

Meanwhile, sleazy, slimy, most decidedly un-Christian vampire novels have proliferated (Twilight knockoffs, most of them). With so much of that going on, I had reservations about Ellen Maze’s novel-clearly labeled “Christian HORROR” on TreasureLine’s cover. Frankly, I expected to be saddled with a schlocky, formulaic horror novel with some “Christian stuff” slapped on like a decal.

Happily, I was quite wrong about that.

Let’s say it right up front. Whatever this book’s shortcomings (and there are a few), Ellen Maze has taken a big step in the right direction. In fact, hers is a pioneering effort, and other Christian novelists ought to be able to build on it-especially if they’re writing fantasy or horror.

Behind this is something very important: the prospect of reclaiming the whole “entertainment” industry for the Kingdom of Christ, starting with print fiction. People in the Western world consume untold quantities of fiction in various forms-novels, stories, movies, television, games, etc.-and the vast majority of it depicts a world that is totally without God, inhabited by characters who have not the slightest sense of God in their lives. This depicts a thoroughly non-religious civilization whose like has never existed on the earth: and consumers of it spend uncounted hours marinating in it. Let the reader imagine its effects on the way such consumers think and live-including the many who identify themselves as Christian.

Perhaps finding a way to write a “Christian vampire novel” is a very little thing. But we know our God delights in producing great effects from little causes.

Exit the Vampire, Enter the Rakum

Chasing Beth Rider is a very imaginative book, but it is not, strictly speaking, a vampire story. The vampires in it aren’t really vampires at all, but something new-a mutant race called “Rakum.” They are not undead, like Dracula, but very much alive. They can’t turn into bats or dissolve into a green mist, and if you’re cornered by one of them, garlic or a silver crucifix won’t help you. But the Rakum do have much in common with the traditional vampire. They drink blood, enjoy assorted special powers, are practically immortal, and unless you can trap them in the sunlight, extremely hard to destroy.

Ellen Maze creates for the Rakum a whole culture, history, biology, and psychology. It’s well thought-out. This makes her Rakum more interesting than the conventional vampires. It also allows her to sidestep most of the old vampire clichés.

Even cleverer than that is the way she makes her own previous series of vampire novels (The Corescu Chronicles, four books) an integral part of this novel’s plot. This is more than clever; it’s audacious. Few writers would dare to do this. I can’t think of any!

The protagonist, Beth Rider, is a best-selling novelist to whom Maze attributes her own works. Her problem is that her novels-vampire stories informed and elevated by the author’s Christian faith-have incensed a powerful Rakum Elder and moved him to mark her for a fate worse than death. He makes her a “rabbit”-an irresistible object of perpetual prey, and a plaything, for any Rakum for miles around, wherever she goes. There is no escape.

So, the bad Rakum chase Beth while the good Rakum try to protect her. The good Rakum are those who have been touched by her books, or her personality, and have begun to seek God. That’s why the bad Rakum want to torture and kill her. They see her as threatening to “infect” the Rakum race with Christianity and overthrow the whole Rakum way of life. After all, if you’re a Christian, you can’t go around killing and torturing people. It’s a simple plot, and Maze skillfully maintains the pace of the action.

What really makes this book different is its Christian content. Readers who know the Bible well will find much that is familiar here. The characters often quote Scripture to explain an action or a thought, and the quotes are always apt. But Maze also tacitly appeals to Scripture within the narrative itself. There’s no getting away from the Bible in this novel-although readers who don’t know the Bible will be getting inoculated with Biblical ideas without being aware of it.

We have all read “Christian novels” with the Christianity just tacked on. Such stories would work just as well, maybe even better, without it. But without the Christian background and content there would be no Chasing Beth Rider. In this book, the Christianity is the story.

This is hard to do, and Maze has done it well. Occasionally a “religious” passage seems forced or wooden. But when she gets fairly into Christian themes like regeneration and redemption, forgiveness and salvation, her work is often powerful, and moving. Accomplishing this in the context of a horror novel is no mean achievement.

The important thing about the book is this. If it’s possible to reclaim the vampire novel for Christ, then nothing else in the popular culture should be beyond our reach.

Most of the problems in the book are of the kind that should have been fixed by strong editing. TreasureLine Publishing needs to work on that. Anytime an author turns out a phrase like “the amazingly intuitive Larry” (p. 288), it’s time to wield the blue pencil. There are more than a few of these infelicities of prose. Mrs. Maze’s editors should have been more diligent.

Sometimes the villains in this story are inexcusably stupid. By “stupid” I mean like the villain in a silent movie who ties the heroine to the railroad tracks and exits snickering, too dense to realize that the hero will always come along and untie her before the train rolls over her.

At one point in the story, one of the Rakum wonders how one of the mortals could have ever gotten the idea that being bitten by a vampire will turn him into a vampire, too-forever young and powerful. But everybody knows that! Don’t the Rakum ever see horror movies on TV? And would it have hurt to ask the mortal why he believes that? Again, editors are supposed to fix such things.

Personally, I was uncomfortable with some of the scenes of graphic violence and outright sadism. I don’t know how the story could have been told without them-sadism doesn’t mean the same thing to Rakum as it does to humans-but I wouldn’t be surprised if this turned off some other Christian readers, too.

It must be acknowledged that those scenes are not included just for cheap thrills. They shed light on Rakum culture and psychology. More importantly, they show us what the Rakum need to be redeemed from.

I would have liked to see more ordinary human beings in the story’s supporting cast. Except for Beth Rider herself, the mortals we meet here are strange human beings who volunteer to be “milked” for their blood by Rakum. They have put themselves in bondage to false gods, and they need regeneration and redemption, too.

Saved by … a Miracle

I thought the climax the weakest part of the story. Some rewriting should have been required here. I hope I don’t spoil the book by revealing that everything gets resolved at the end … by a miracle.

So, what’s wrong with resolving the big dilemma by a miracle? Aren’t we, as Christians, supposed to believe in miracles?

If you can ignore the objection that overt divine intervention in the plot is “cheating,” we must still observe that God usually moves in much more subtle ways. Sometimes we don’t realize what He’s done until long afterward.

If big, flashy miracles happened all the time, why would anyone need faith to be a Christian? Everyone in his right mind would believe. But the Bible tells us that we don’t always get to see what we desire to see. “For we are saved by hope: but hope that is seen is not hope: for what a man seeth, why doth he yet hope for?” (Rom. 8:24). Or, “Now faith is the substance of things hoped for, the evidence of things not seen” (Heb. 11:1). If Christians expect to be saved from earthly troubles, always, at the last minute by a miracle, Christianity would have evaporated in the first heat of persecution.

Yes, as Beth Rider herself recalls, God did save Shadrach, Meshach, and Abednego by a miracle: but their faith looked beyond any possibility of rescue. While acknowledging God’s ability to save them by a miracle, they were still willing to die in Nebuchadnezzar’s fiery furnace rather than betray God. And of course we know that history is full of Christian heroes who were thrown into the furnace-so we certainly have no right to demand a miracle.

Then again, the miracle imagined by Ellen Maze seems to be meant as a symbol of God’s regeneration of the sinner. This is how she chose to express that concept, without which there would have been no story. But a little extra work in leading up to it would have been a good investment.

On the whole, Chasing Beth Rider is well worth reading, provided you can get through the gory details. A sequel, Rabbit Legacy, has just been published, and there is to be a third book to make it a trilogy. I look forward to reading the sequel-not just to see whether the writer corrects the faults of the first book, but because she has gotten me interested in her story, and in her art.

Vampire fiction, with a few exceptions, has been a slum of popular culture. The whole idea that drinking other people’s blood can make you forever young, forever beautiful and sexy, and a law unto yourself, accountable to neither God nor man-that’s toxic, and our culture has been polluted with it.

We stand up and applaud Ellen Maze for planting the banner of Christ right in the heart of enemy territory. The outer trappings of her story are unorthodox, but its heart beats for the Bible.