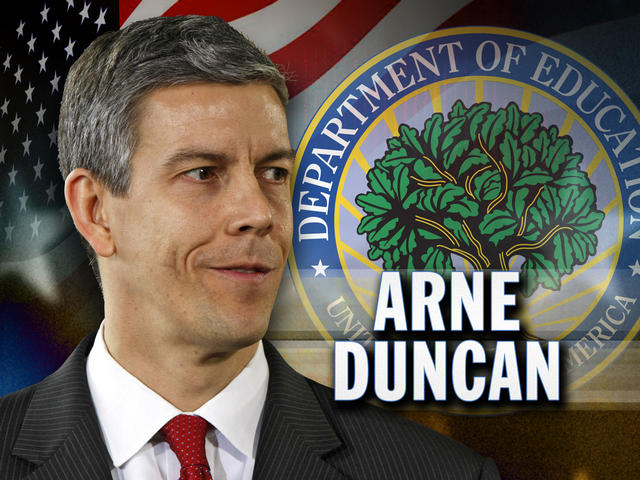 Secretary of Education Arne Duncan, who used to preside over the circus of overpriced failure that is the Chicago public school system, has blamed “white suburban moms” for problems with “Common Core”–the scheme to have the federal government micro-manage all the nation’s public schools ( http://news.investors.com/ibd-editorials-obama-care/111813-679647-duncan-blames-white-suburban-moms-against-common-core.htm ).

Common Core uses grammar, math, science, and history lessons to indoctrinate children into a state of left-wing Kool-Aid drinking–with lessons like, for instance, “The people must obey all the commands of government officials.” Sit. Heel. Beg. Roll over. Because the program is so enormous, unwieldy, and messianically ambitious, the feds have had a lot of problems with it.

I have interviewed Arne Duncan. What he wants for public education, down the road, is for children to be in school 12 hours a day for at least six, and maybe seven, days a week, all year round–no summer vacation, no time off for good behavior. This is because he believes families are incapable and irresponsible, fathers don’t really exist, and only the government has what it takes to raise children.

But it’s all the soccer moms‘ fault that Common Core isn’t a roaring success–them and their naughty pushback.

Then again, soccer moms voted for the Big Golem in the White House who made Arne the Grand Sultan of Education, so maybe it is their fault, after all.

You want leaders who will “take care of you”?