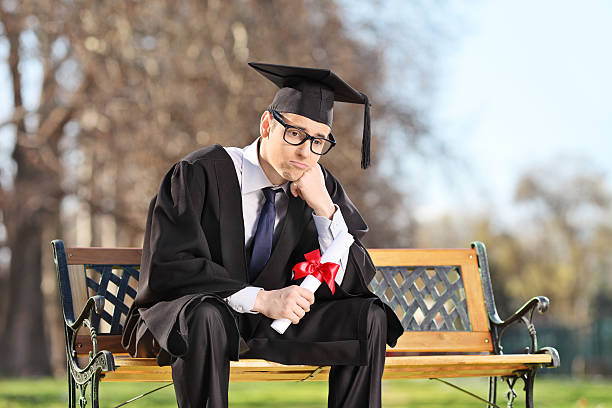 Good news! According to the U.S. Census Bureau, college enrollment in America (when last they looked) was down to its lowest point in 20 years (https://www.census.gov/newsroom/press-releases/2021/decline-school-enrollment.html).

Fewer students in college means fewer unemployable ninnies with big chips on their shoulders. Overall, enrollment is down by about 30%. This would be a serious problem if young people in college were actually learning anything. But I’m sure we can get by with no degrees in Gender Studies, Queer Black Studies, Cisheteronormative Pashtun Studies, etc., etc. Even experts at playing “Battleship” contribute more than those.

We have it stuck in our heads that Everybody Has To Go To College. This has proved to be one of the worst ideas in world history.

I wonder if we’re slowly coming to our senses. 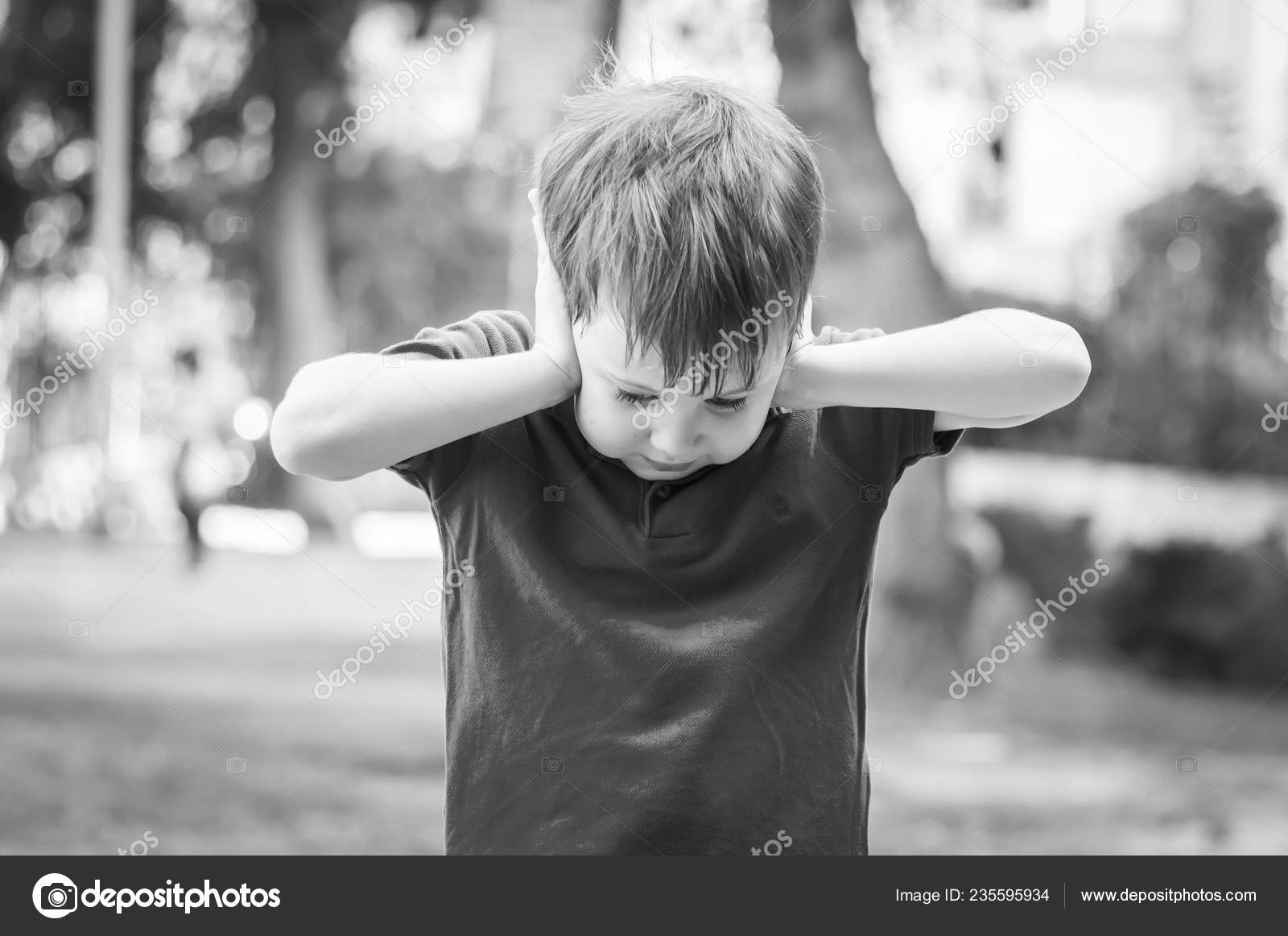 What do you suppose the kiddies are learning from this lesson?

Officials (aka morons) at Centennial Elementary School, in Washington, set up an “affinity group” (give me a break) solely for 5th-graders who are not white (https://www.thegatewaypundit.com/2023/02/elementary-school-starts-student-club-excludes-white-kids/). Yep, it’s for “BIPOC” kids only. According to the school principal.

Do libs speak English anymore? “Affinity group” means “club,” apparently. Where kids can “hang out,” say administrators, during lunch time. It will be a “safe space” for them! Apparently they are not safe when mixing socially with white kids. BIPOC gotta be with BIPOCs.

I thought racial segregation was against the law. Oh, wait–not if liberals do it. Non-white persons are incapable of living their own lives, white libs gotta lead ’em over the crosswalk.

If you still want your kids “educated” by these characters–boy, are you a chucklehead.

“Grandpa, how did America collapse?”

“It was done to us by our public schools and colleges, kid…” 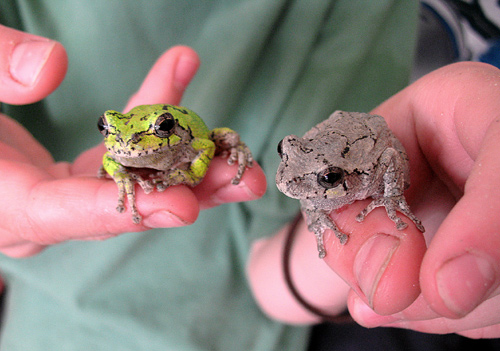 Who really wants to see an illustration of this post? Here are a couple of the world’s nicest frogs instead.

How depraved is our culture? How did we reach the point where a total moral imbecile gets to give the State of the Union message?

Well, it goes back a ways. Here’s a bit from 2014. We were already raising a bumper crop of perversion–and pouring tax money into it, too!

Plead With the Lord to Save Us

Did we stop funding Planned Parenthood when they exhorted our teenage children to “try” sadomasochism? Did we chase them out of our schools and our communities with pitchforks and torches?

Nope. Not America. Still letting them do it to us, nine years later… 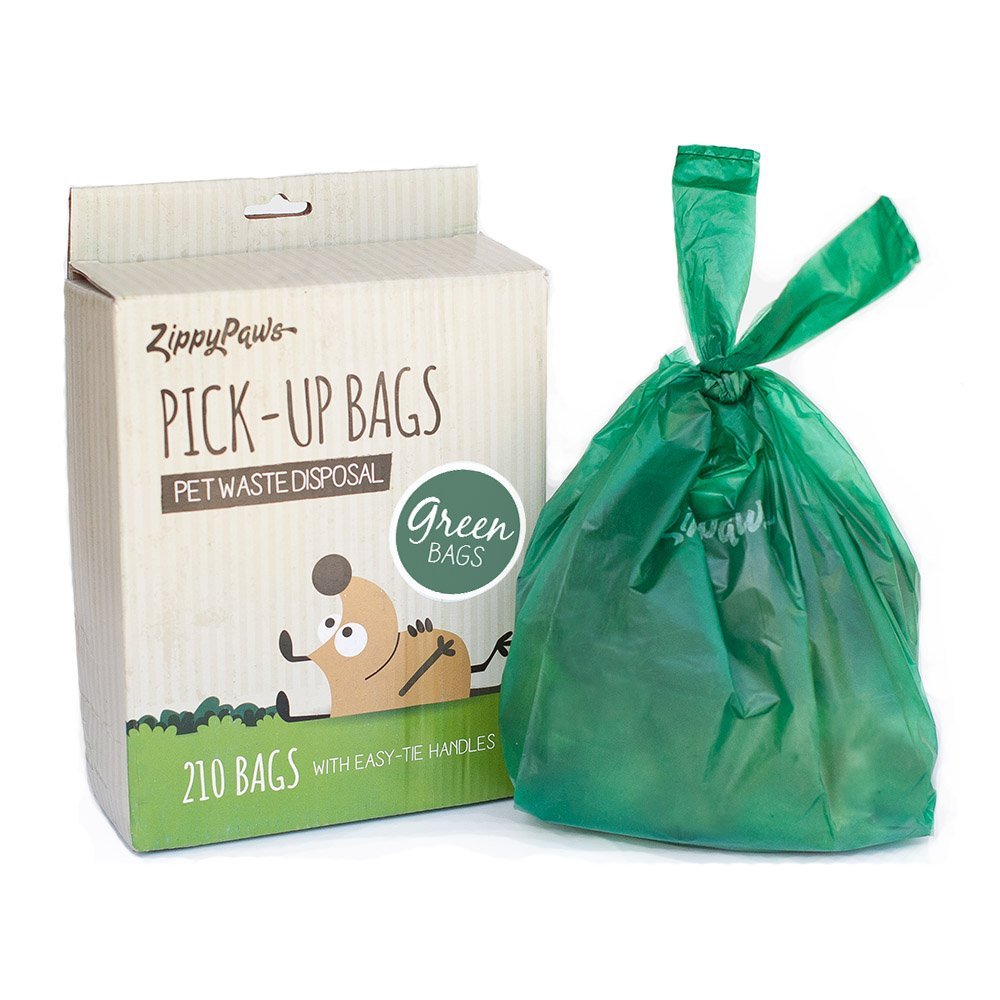 Remember this? Every day, early in the morning, the superintendent of schools would go out and take a dump on another school district’s athletic field…

‘Pooperintendent of Schools’ Seeks Revenge on Cops Who Busted Him

Actually, this story vanished from the headlines as so many nooze stories do, and I don’t know whether this jidrool ever brought his case to court. His claim was that the police ruined his reputation by arresting him. All their fault. Here he was, peacefully crapping in the middle of the athletic field –and they went public with it!

Dude, are you serious? They haven’t found a place for you in the Biden administration? Hey, go see the fat guy with the nail polish, he’ll know what to do. 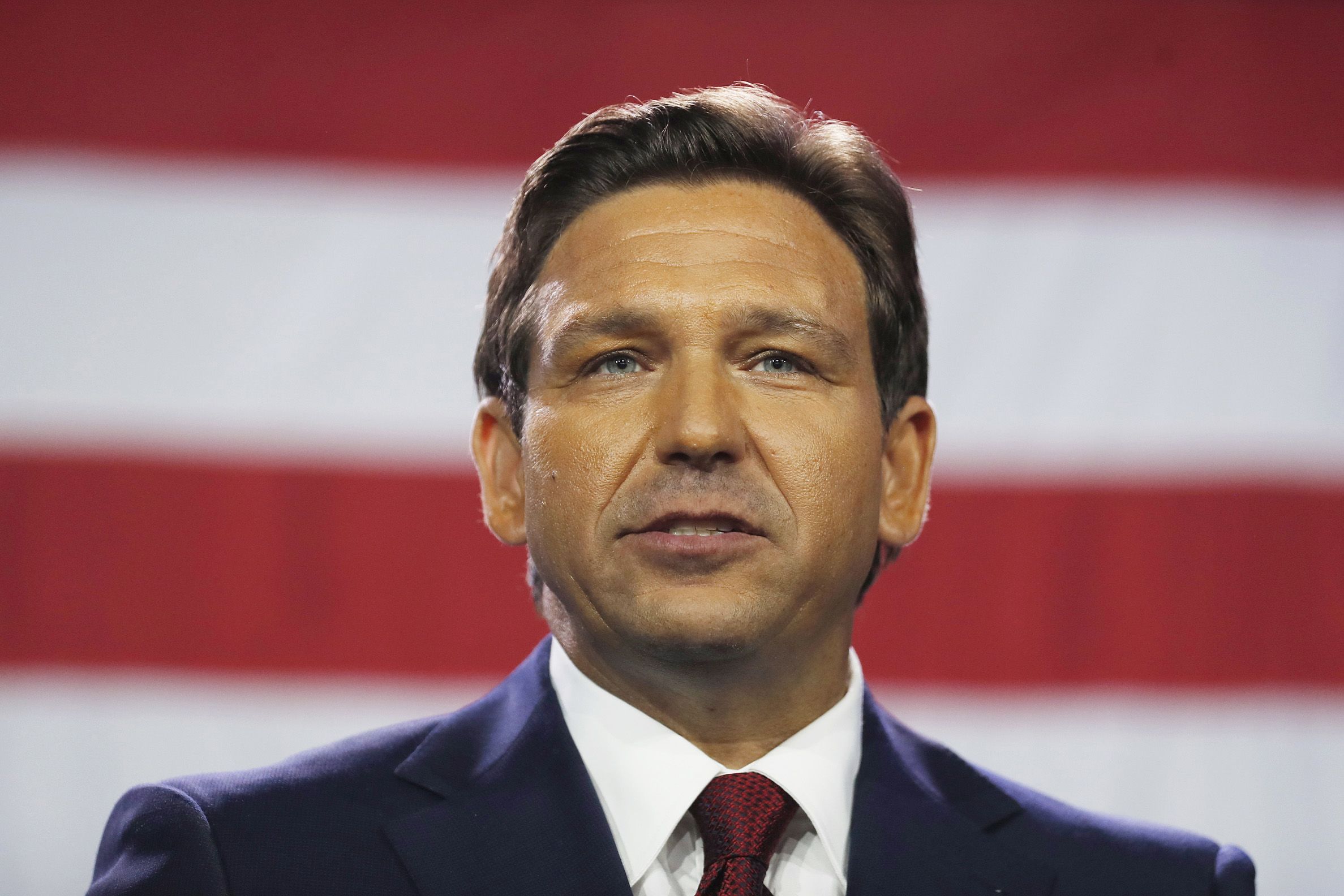 Florida Gov. Ron DeSantis, and Florida’s Republican legislature, are coming down like a hard, hard rain on the state’s “woke” higher education system (https://www.revolver.news/2023/02/desantis-new-florida-college-is-the-blueprint-for-recapturing-woke-institutions-nationwide/). Good news for a change! And the Far Left Crazy can only fruitlessly wonder what to do about it.

The New College of Florida, a small but convenient target, has had its Far Left cloak torn off. To sum it up briefly: old trustees out, new, actively conservative trustees in; college president fired; woke curriculum shredded. But wait, there’s more.

DeSantis & Co. rejected Advanced Placement African American Studies in the state’s high schools and forced College Board to drop it from its college entrance exams.

The legislature is working on a plan to cut back tenure.

A whole new program to reform “higher education” is moving quickly through the state legislature. Other states are watching closely. If the plan succeeds, we’ll see more of the same in quite a few states where the people are totally fed up with “woke education.”

The key to it all was speed: Far Left educators never knew what hit them, and DeSantis and the legislature gave them no time to cook up a response. It’s as if Florida were calling out the other states with “We can do this! And here’s how!” And the lesson is a simple one: States have the authority to reform state colleges and other “educational” institutions. Yes, they can! The only thing lacking was the courage and the will to do it.

We’ll get better at it with practice! 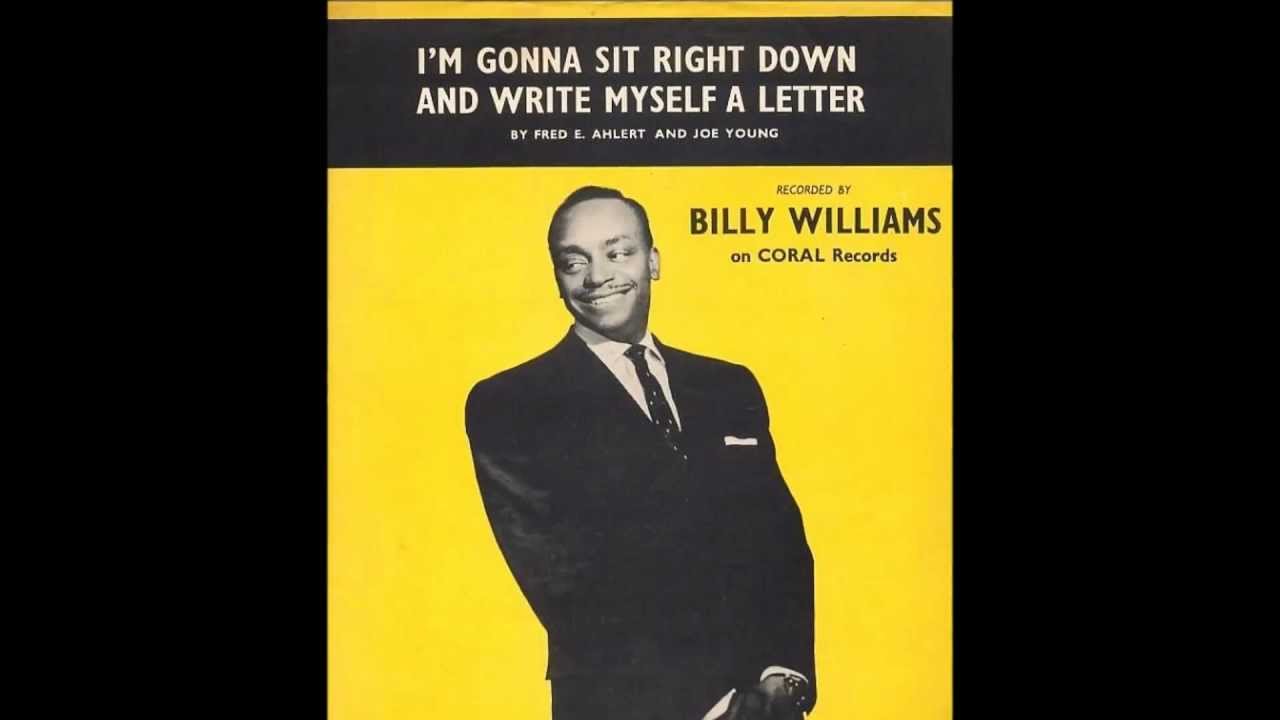 He’s not the only one writing letters to himself.

We’re on pretty safe ground if we treat every “death threat” against a Far Left wacko as a hoax–because that’s what they almost always turn out to be.

And oh, that “student government”! Makes you want to heave, doesn’t it?

But that’s how they do “journalism,.” these days. They just make it up.

The bars are just there in case they try to escape before their college time is up.

New Mexico had this great scheme a couple of years ago: require (how they love that word!) everyone to apply to at least one freakin’ college as a condition of graduating from high school.

Forcing You to Go to College???

Now obviously I don’t know how this turned out. I strongly suspect it simply sank out of sight. For for them even to contemplate such nonsense calls their sanity into question. Merciful heavens! We are governed by chowderheads who think like this? 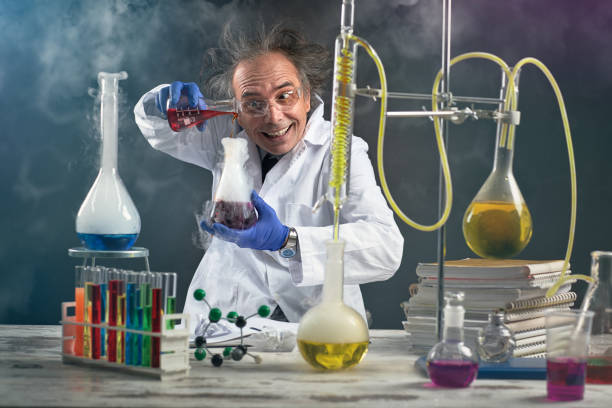 Yiu doughnt beleave me??? Well, jist loook “at” that Pixture!!!! That there, it is a Wite gye!!!!!!! It Is a Wyte gye dooing kemmastry!! and thay aslo doo Fizzix tooo!!!!Evry ware yiu look is Wyte Superpremmasy!!!!

And aslo we Are goingto ficks that thare Peeriotic Tabel so it woont “has”no moar Wyte Ellamints!!! Jist Black ones lyke Carbin and that stuph thay put In Penssals!!!!!! This it “Is” Very Good becose it maiks tha Tabel mutch shoarter!!!!! (We Can aslo has Chalklit becose It is a nother Braown Ellamint!)

Fromb naow On we whil Not alouw The Collidge to teetch Any Thing Wyte!!!!!! And we Are aslo whirking On “getting Ridd” of Wyte Payper tooo!!! 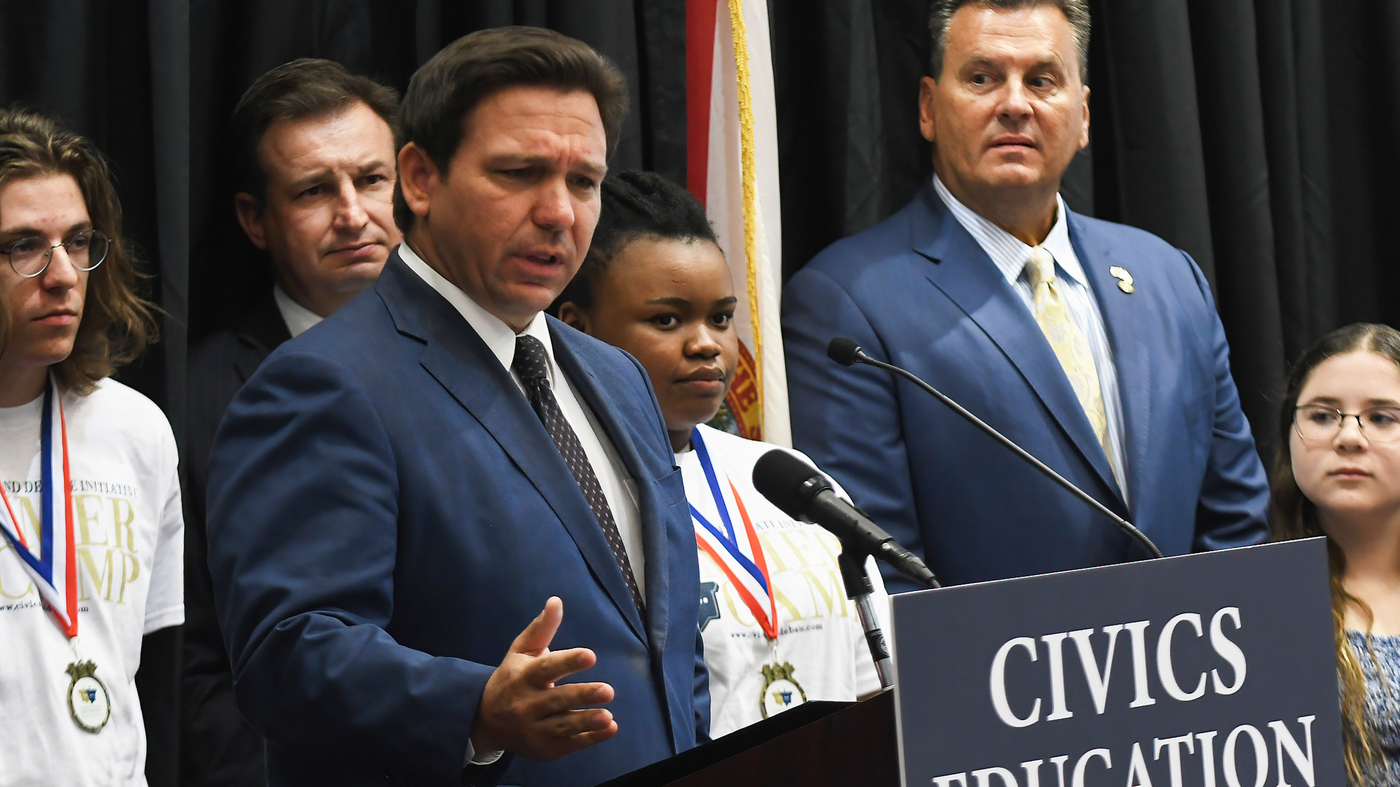 He knows how to beat the super-villains!

See, this is why we need Florida Gov. Ron DeSantis where he is. He’s accomplishing things in Florida, winning key victories against the Far Left, which other governors in other states can emulate.

His latest: going head-to-head against “education” behemoth College Board, DeSantis has forced them to delete almost all “Critical Race Theory” horse**** from its Advanced Placement African-American Studies curriculum (https://www.nationalreview.com/corner/big-win-for-desantis-in-battle-over-ap-african-american-studies/). Big chunks of Far Left crapola have been removed from the tests and the curriculum.

They’ve even deleted the section on Queer Black Studies!

Yes, the teachers’ unions will “teach” all that garbage anyway; but they’ll be under the gun for test scores. The kids still have to pass the tests to get into college… and of course Everybody Goes To College! If too many kids can’t pass, their school district will lose aid money… and maybe, hopefully, some of those weirdo teachers will lose their jobs.

Is this enough? Of course not. As long as children are put in classrooms with unionized “teachers,” the students are at risk. Any definition of “enough” would have to entail a total dismantling of “public education” and a restoration of the community’s authority over its schools. And that mostly means parental authority. Let the unions go pound salt.

As for Gov. DeSantis–keep it up, man, keep it up! We need more like you!