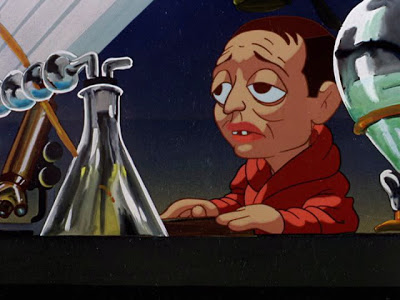 Sometime in the distant past, according to a hot-shot scientist who is billed as “a leading geneticist,” chimpanzees had sex with pigs–uh, why?–and produced hybrid offspring that were the origin of the human race. See the report in The Daily Mail, Dec. 2, 2013, ‘Humans evolved after a female chimpanzee mated with a pig’: Extraordinary claim made by American geneticist.

Dr. Eugene McCarthy–no relation to the hippy-dippy 60s politician of the same name–is a former professor in the Dept. of Genetics at the University of Georgia and currently the director of Macroevolution.net. He has also suggested that the duck-billed platypus arose as a bird+mammal hybrid.

I have become radically skeptical of Science.

But, hey, let’s do some science! Let’s get a female chimpanzee to mate with a pig and see what happens. What? The chimp doesn’t find the pig attractive? Well, send her to public school for a while. If all else fails, we can try artificial insemination. Go ahead, do it.

What a nice guy I am. I have resisted the temptation to indulge in all the obvious wisecracks. But of course I can’t be responsible for any comments made by readers.

Y’know, we believe a great many things because Scientists have told us that they’re true.

What if a lot of them aren’t?