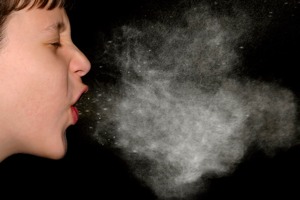 Some of you have already sent your children back to school–public school, that is. You really do need to ask yourselves, “What have I done?”

Here is the latest of thousands of isolated incidents from all over the country: a high school girl in Dyer County, Alabama, was suspended because she said “Bless you” when a classmate sneezed ( http://www.momdot.com/in-school-suspension-for-saying-bless-you-after-a-sneeze-for-real/ ).

Saying “Bless you” after a sneeze is hardly the Sermon on the Mount. But to the wacko from the teachers’ union who was in charge of that class, “Bless you” is forbidden. “We will not have Godly speaking in my class!” said this tormented soul.

You don’t have to live in a blue state for your kids to get a blue state education. The teachers’ unions control public education in all 50 states.

What is it with schoolteachers anymore? Last school year, one of them called police because a kid was playing hangman. Now we’ve got one flying off the handle because a kid said “Bless you.” Who can guess what the reaction would have been to “Gesundheit”?

How do they come up with such a steady supply of kooks to put in front of classrooms? Do you have to prove you’re abnormal, before they’ll give you a teaching certificate?

But the bigger question is to Christian parents who insist on sending their children to these schools: What do you think you’re doing?

Meanwhile, I wish I had a nickle for every time I heard some polyp on the Left snarling about “you Christians trying to impose your beliefs on everyone!” That’s projection. These are facts:

Atheists get to impose their beliefs on everybody else (and so do militant homosexuals).

Christians don’t. Not ever.

And it all starts in the public schools–done on purpose, by the teachers’ unions.

8 comments on “Teen Suspended from School for Saying ‘Bless You’”