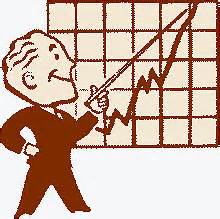 There’s wailing and gnashing of teeth in Democratland: the new ADP jobs report shows that in Donald Trump’s first full month as president, the U.S. economy has added some 298,000 jobs ( http://www.dailymail.co.uk/news/article-4293622/Trump-s-month-brings-massive-employment-boom.html ).

Because leftids in office are unable to do it, this is supposed to be impossible. And so, if it’s not too late to make a prediction, here’s what I think the lib ‘n’ prog response will be.

First they’ll deny it. The jobs report simply can’t be true. The Russians must have hacked it.

When that doesn’t work, they’ll call names. We don’t care what any report says! They’re all a bunch of fascists and knotsies! And this-or-that-o-phobes!

And if that doesn’t work, there’s always riots.

How predictable they have become in less than two short months.