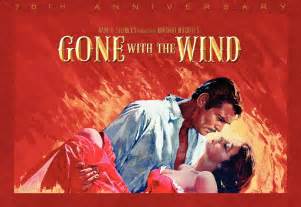 Well, here we go again with the “pro-choice” crowd taking away your choices. This time it’s the management of the Orpheum Theater in Memphis, Tennessee, dropping the corny classic Gone With the Wind from its summer movies series because it’s supposedly “insensitive to a large segment of the population.” (http://wreg.com/2017/08/25/orpheum-theater-wont-show-gone-with-the-wind-calling-film-insensitive/)

Most of the people living in Memphis are black. So what? This movie has been shown at this theater for many years, decades, even, without anyone complaining. Now all of a sudden it’s a problem? Now it’s offensive? Why now, and not twenty years ago, or ten, or five?

I’ve seen Gone with the Wind. It’s gorgeously filmed schlock, with an ending ripped off of Thackeray’s Barry Lyndon, published in 1844. Why anyone should be prevented from seeing it is beyond me. But liberals just love making our decisions for us. They’d like to make ’em all.

As Christians we have no king but Christ. As pitiable worldlings they have no king but Caesar. If Caesar says the movie’s okay for them to watch, they flock to it in droves. If he says it’s not okay, they won’t let anybody watch it.

And who, exactly, is their Caesar?

I think we can figure that out, don’t you?