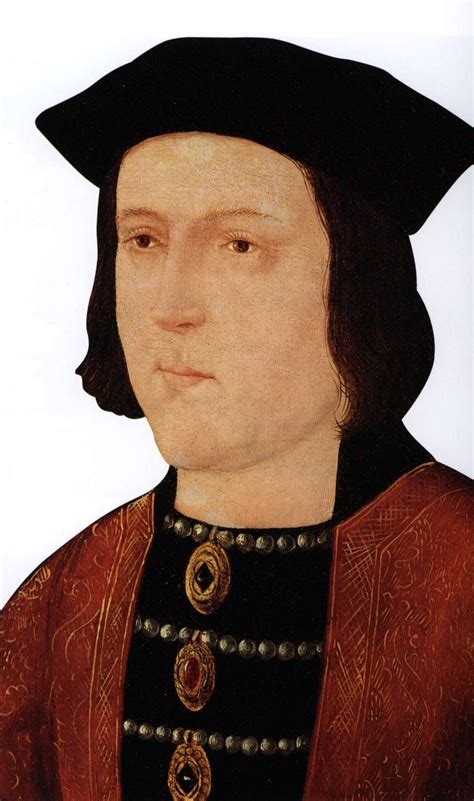 Suppose Edward IV–a real mensch, and star of the War of the Roses, who later allowed himself to get all bloated and depraved–were not strictly legitimate; and that, accordingly, he being tainted, all succeeding kings and queens of England were just as illegitimate, and technically and by law and custom, had no actual right to the throne.

But Edward’s younger brother, George, Duke of Clarence, was every inch legitimate; and if Edward IV is ruled out, then George and his children rightfully come into possession of the throne. But of course that didn’t happen. Henry VIII was still murdering George Plantagenet’s descendants well into the following century: nevertheless, the line has survived into the present day.

In one of those neat “Timeline” documentaries, they found “the rightful king of England,” according to all the rules governing such things. It’s a man who lives in a small town in Australia, who has children and grandchildren, a house and car, a job, and friends. He already knew about his Plantagenet descent, but was extremely happy where he was, content with who he was, and much too busy enjoying the life he had to worry about the life he might’ve had, had things turned out otherwise 500 years ago. Indeed, he wouldn’t trade his own house for twenty Windsor Castles.

There is a lesson here. This man in Australia was blessed, and wise enough to know it. Indeed, a normal, comfortable, middle-class life is in itself a great blessing, a gift of God: and throughout history, most of the time, a gift but rarely given. In Edward IV’s time, you were either rich and powerful–a very small minority!–or poor and mostly wretched. It wasn’t until well into the 20th century that a middle class came into being, in most countries.

Would you really want to be the king or queen? Always on display, an endless round of ceremony and flapdoodle, you can’t just go fishing on your day off, if you ever even have a day off–I mean, for this they fought the Wars of the Roses, and other wars, and all those people died? For this they spent several centuries drawing and quartering each other?

We who have wound up in the middle class have an awful lot to be thankful for–and a great responsibility, not to fritter it away. It took a long, long time to create the middle class; and hardly any time at all to destroy it.

11 comments on “Would You Rather Be King of England, or…?”