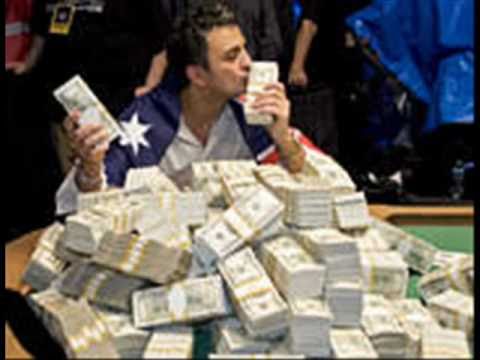 We received one of those “Winning America” emails today. These people, whoever they are, pretend to be a conservative website, but really it’s just a bunch of ads and get-rich-quick schemes.

Today it was a sure-fire “simple trick” to win the Powerball, guaranteed to work, everybody who tries it is going to win at least $50,000, and so on.

There’s something sleazy about that whole lottery business. Once, at a family dinner some years ago, a friend of my mother’s, a successful businesswoman, came in all breathless because her newest “system” to win the lottery had only missed by one number. She went on and on about it. She already had a rather nice life, but she still wanted a lot of something for nothing. Blinded by avarice.

The numbers racket used to be the province of organized crime, especially in the cities. Then government turned it into all kinds of lotteries and now we find it everywhere.

This is a tax on credulity and childish greed. I met a young woman once whose life plan, as she confided it to me, was to “win the lottery and then go out West to buy a horse farm!” She already had two out-of-wedlock children and was working on another. No sweat–the lottery would save her. The lottery would provide.

So just send in for your can’t-miss advice on how to win the Powerball, and look forward to a lifetime of unearned opulence. I mean, really, is this for jidrools or what? “Ooh-ooh, I could win a hundred million dollars!” Like they would even know what to do with it, other than piss it away in less time than they ever dreamed possible.

It’s so unworthy of a mature and decent mind.

9 comments on “How Big a Chump Are You?”