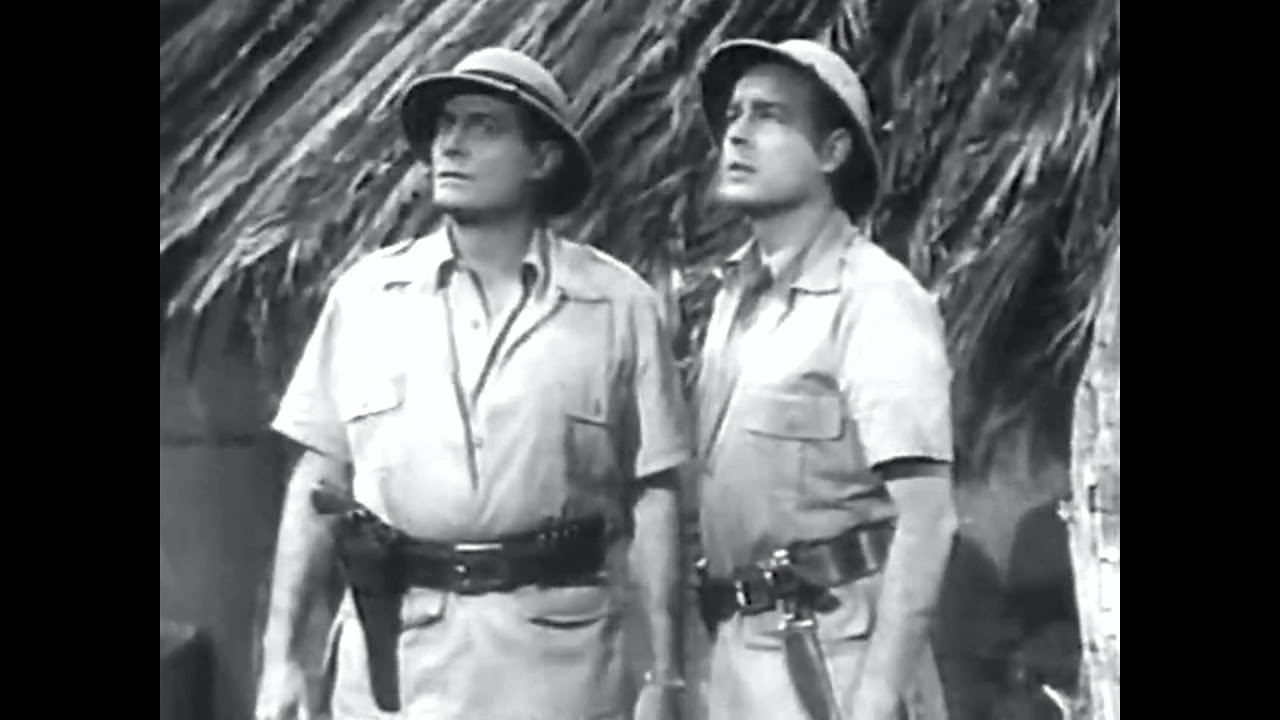 Jon Hall (left) starred as “Ramar of the Jungle”

Some of you, like me, don’t watch television anymore, largely because it’s gone so crappy. You don’t even have a television set. And you reacted strongly to “Beauty Beyond Bones” watching–and blaming herself for watching–the unbelievably cheap and sleazy denouement of a popular “reality” show.

Like you, I don’t watch such bilge. But I was part of the first generation of Americans that grew up with television, and TV was a big part of my childhood. I thank God that the kind of TV we have today wasn’t! And thanks to the Internet, I can no revisit a lot of those great old shows, commercial-free.

I have fond memories of many of those shows. Even more, I learned a lot from them about the art of storytelling, which now I have the honor to perform in the service of the Lord.

Man, when I was eight years old, nothing turned me on like Ramar of the Jungle! Later on in my childhood I moved on to Wagon Train, Rawhide, Route 66, etc. But it was Ramar that set my mind on fire and introduced me to techniques of storytelling which I use today. They had only half an hour, minus time lost to commercials, to tell the story of an adventure, with beginning, middle, and end, create coherent characters and put them through their paces in a way that made sense, and still devote some time to immersing the viewer in the exotic African setting. It was a big job, but week after week, they did it.

OK, even old TV had its share of (shall we put it kindly?) faults. Grandma’s soap operas, for instance. Twilight Zone sneakily pushing atheism. Queen for a Day. I remember when the first kid in our third-grade class got color TV and invited the whole class to his house to watch Howdy Doody one Saturday morning. We were treated to an unearthly mixture of greens and reds in seldom-seen tones: color TV still had a ways to go.

So I grew up with television before it entered its current Gold Age of Sleaze. It helped teach me the kind of work I do today. And when I play an old Columbo episode from 40 years ago, I like it!

6 comments on “In Defense of TV… Old TV”