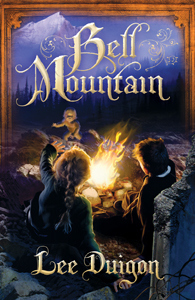 I guess I can talk about this now. We’re friends, aren’t we? Besides, the news is so full of toxic crapola today, I don’t know if I’m up to commenting on it. But I need to do something while I wait for The Silver Trumpet to roll off the press.

So first it was going to be a kind of “Bell Mountain tribute” in video, with lots of appropriate music, on youtube, by someone whose work in that department I highly esteem. I will always wonder how that would have turned out! But it never got started. I don’t think she wound up with the time she needed to do it right.

Then it was going to be a Bell Mountain audio drama, sort of like a radio play, with name actors in the cast, covering the first seven books of the series. I got a phone call from the producer while he was in Guatemala on another project. Heady stuff! But that fell through, too. Don’t ask me why. The June target date for the first script came and went and I never heard another word about it.

I never mentioned this at the time because I didn’t want to wind up looking like a dicky-doo-dah if it didn’t pan out. (We’re talking several years ago, now.)

At the moment there’s nothing in the works; but the next logical step is for a Bell Mountain feature film that doesn’t get made. That’ll be exciting–for a little while. I wonder whom they’ll get not to play Jack and Ellayne, Helki, Obst, and the rest of the gang. I wonder where they won’t film Lintum Forest.

Forsooth, I’ll be happy if people read the books! I’ll go outside and turn cartwheels if my sales go up.