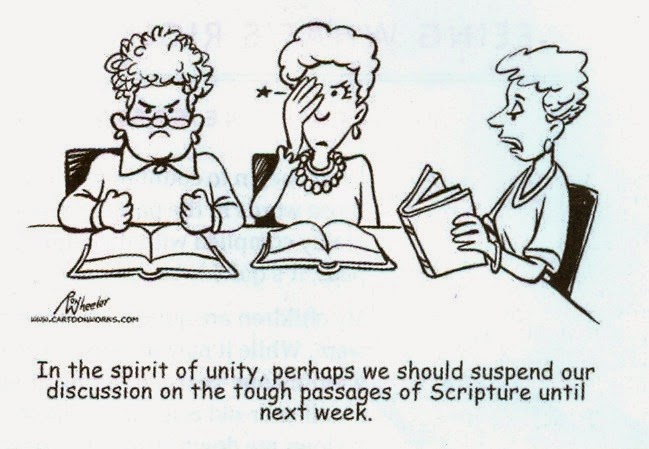 It distresses me that any controversy between Protestants and Catholics should have arisen here. And I don’t write this because I don’t trust any of you to come to an understanding on your own, but because I don’t know who else might be reading. And because I think the devil slaps his knees and laughs out loud when we go at it with each other.

I come from a mixed-religion family. My grandfather’s generation had rough sledding because of it, but the next generation, my mother’s, had to learn to live with their differences so that the family wouldn’t fall apart. This they successfully accomplished by the time my generation came along. I pray our blog family can do the same–and that it won’t take three generations!

Meanwhile, God has richly endowed us with real enemies throughout the world. Some seek our blood; others seek to separate us from our Savior and destroy our souls. And who can count the churches and congregations that have dived headfirst into outright apostasy?

Amalekites and Philistines everywhere you look! And we’ve got time to be feuding with each other? To believe and pass around bizarre urban legends about each others’ churches?

In the 19th century, Europe was full of Christians who believed that Jews performed human sacrifice with Christian babies. It was called the “blood libel” and it wasn’t true. Even Russia’s Tsarist secret police testified it wasn’t true. Nevertheless, many Christians believed it. Possibly some still do.

We have much provocation, these days, to believe in conspiracies and all that.

But I think we ought to save our faith for God Himself.