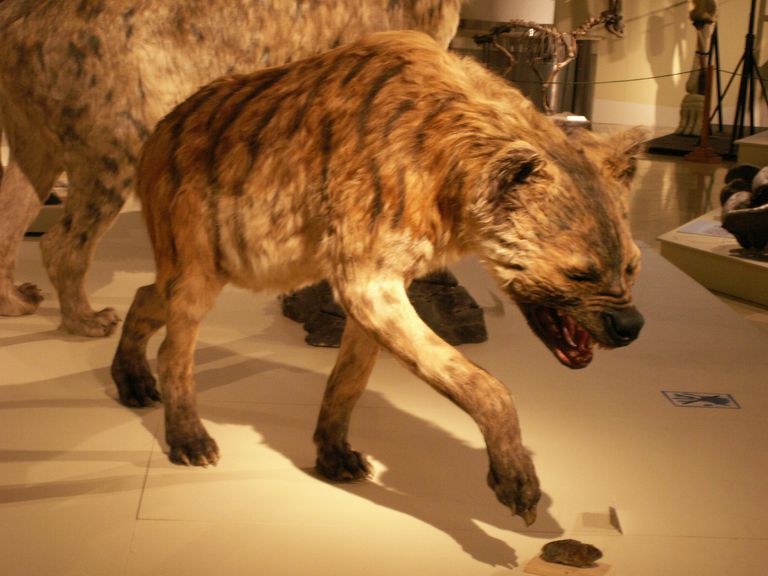 The Ice Age Cave Hyena–bigger, meaner, and just watch out…

I’m still waiting for the Lord to give me the spark that gets my next Bell Mountain book started. Sometimes it’s a dream: that’s where Gurun, the Queen of Obann, came from, and the great beast that scattered the Heathen army from the city walls. Or it might be a title, a particular scene, or an intriguing new character.

I don’t have any of those things yet, the weather has finally decided to turn the page to Spring, and I’m eager to get started. But I can’t begin until God gives me the go-ahead; and I’m also still waiting for Book No. 10, The Silver Trumpet, to be published.

Meanwhile, based on certain events described in No. 11, The Temptation, I’m pretty sure I’m going to need giant Cave Hyenas from the Ice Age. These were awesome beasts. They preyed on rhinoceroses (!) and baby mammoths: scientists deduce this from the bones which the hyenas strewed about their lairs. Can I ask the Lord to give me a vivid dream of Cave Hyenas?

Sometimes waiting for the book is harder than writing it.

7 comments on “Still Waiting for the Spark”