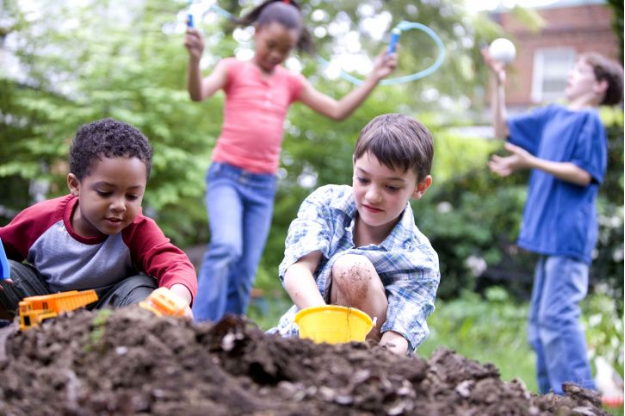 Well, they’re so busy playing video games and watching TV, they only venture outdoors an average of seven hours a week–according to a poll of children aged six to sixteen, taken for a British sporting goods firm (https://www.studyfinds.org/great-indoors-screen-hungry-kids-video-games-going-outside/).

That includes the kids who are only outside because their parents forced them to go: some 40% of parents said they had to make their kids go out or they wouldn’t go out at all.

That’s Britain, but it doesn’t seem much different over here. It’s summertime, the schools are closed, and I ride my bike through quiet residential neighborhoods–and I rarely see children playing outside. Where are they?

But by now staying indoors all the time is pretty much voluntary.

In the Bible, here’s what’s normal: “And the streets of the city shall be full of boys and girls playing in the streets thereof” (Zechariah 8:5). Perpetual house arrest for children has only been invented recently, by humanists.

Do we really have to wait for the restoration of all things before the kids can play outside again?

5 comments on “Kids Won’t Go Outside?”