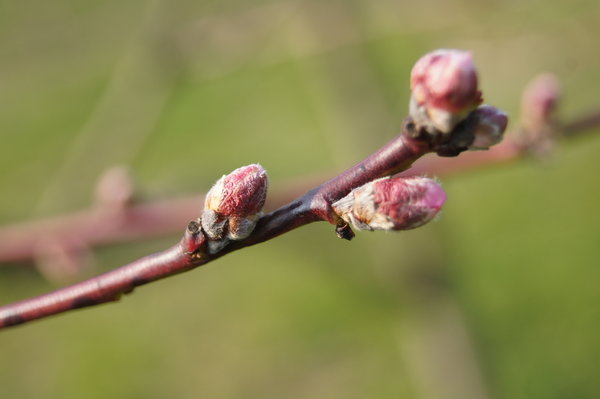 At the moment it seems better to look at some of God’s stuff than man’s. Winter will pass and spring will come, and life will bud forth again.

The more I think of it, the more it troubles me.

Why have Democrats stopped pretending to be human?

Oh, now, what makes me say that! Well, suddenly they want to kill babies as they’re being born. That’s pretty unnatural, don’t you think? They can’t get enough of Drag Queen Story Hour in all their local libraries: who can imagine a reason for that? And now they’ve got their Green New Deal, which proposes to destroy the economy, wipe out every freedom we have (except for the freedom to fornicate: they want to keep that), and which has already won the endorsement of every Democrat who wants to run for president next year. Can it be true? They’re all champing at the bit to forbid us to have our own cars? Can that be possible? ‘Fraid so.

For years and years liberals pretended to be ordinary folks whose ideas were just a little more advanced. Suddenly they have cast off all pretense and stood up straight and tall for infanticide, moral anarchy, and the overthrow of our country as a free republic. Why? Why have they stopped pretending?

Has God simply given them a delusion that they’ll follow off the cliff, and trouble us no more? If only! He could, you know. He could. But has He?

Or are they convinced there are enough lazy and immoral bastards in this country who’ll vote for them no matter what, as long as some free money is part of the deal?

Maybe they think public school and the colleges have done their job, and programmed millions of young Americans to want their country to be like Red China in the 1960s. Programmed them and totally dumbed them down.

I admit it: I’m scared that a major national political party has embraced positions ranging from the appalling to the preposterous, from the eye-rolling daft to the outright evil, with nothing in between. Why have they stopped pretending?

You’d think the American people would massively reject the Democrat program of socialism, censorship, late-term abortion, “Open Borders,” transgender, and turning every nook and cranny of America into the equivalent of San Francisco or Detroit. You’d think they couldn’t get a hundred votes for that.

But they don’t think so. And we need to know why.

11 comments on “Why Have They Stopped Pretending?”