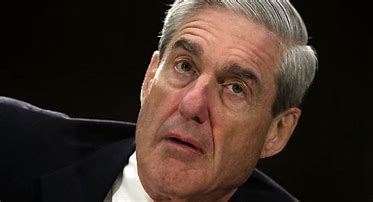 When I wrote about Violet Crepuscular’s epic romance, Oy, Rodney, on Sunday (https://leeduigon.com/2019/07/21/the-wedding-at-last-oy-rodney/), I had not the merest inkling that this immortal work of litterature would be peering clairvoyantly into our country’s political future.

If you remember the scenario, Lord Jeremy Coldsore was in a jam because someone had asked him to prove he wasn’t already married, and he didn’t know how. I mean, how would anybody actually prove he wasn’t married? It’s notoriously difficult, maybe even impossible, to prove a negative.

Which brings us to today’s Congressional extravaganza starring witch-finder general Robert Mueller, and House Democrats’ contention–which they rather wished Mr. Mueller to parrot for them, and were disappointed that he wouldn’t–that Mueller couldn’t “exonerate” President Donald Trump because he couldn’t provide evidence that the president didn’t commit any crimes.

If those words in boldface type seem confusing, it’s only because they really are. But at the heart of the labyrinth lies the simple inability to prove a negative.

Democrats have a totally weird notion of “justice” and have displayed its weirdness many times. Suddenly it’s incumbent upon the accused to prove he didn’t do it? Well, my birth certificate, if it is accepted as genuine, proves I didn’t kidnap the Lindbergh baby; but I have no way to prove I wasn’t secretly married to someone else in 1972 and that my current marriage is therefor bigamous.

These people have no business being in government anywhere in the United States. Or anywhere else in the civilized world, for that matter.