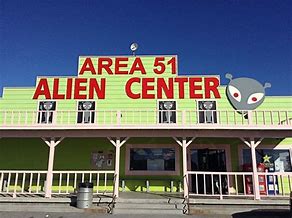 It started out as a joke. Maybe. Or maybe it wasn’t. Either way, a call went out on the social media for a million UFO believers to descend on Area 51 on Sept. 20, and, at 3 a.m., to storm the formerly top-secret Air Force base in search of aliens and UFOs (https://www.washingtontimes.com/news/2019/jul/28/storm-area-51-turnout-overwhelms-rachel-nevada/).

The local sheriffs don’t think it’s so funny anymore. Their small towns can’t handle a million people, many of whom are sure to be a few fries short of a happy meal.

When they storm the base, they say they’re going to run in some style they picked up from… cartoons.

For years, the little towns in the area have capitalized on UFO mania–motels, gift shops, diners, all with UFO/space alien themes. Now what was done in fun is threatening to turn serious.

Oh, yeah… For decades, the whole crowd of UFO nuts “knew” everything that was happening on the top-secret base. Makes you wonder how we ever kept any secrets from the Russians. They saw it on The X Files. They saw it in movies. And on Youtube. It had to be the worst-kept secret in world history.

And many of them believed in it, because when all is said and done, you have to believe in something. If you’ve lost faith in the true God, then idols and false gods and Science will have to do. And super-advanced Space Brothers who will emerge from their UFOs to guide us to utopia.

I’m not saying there’s absolutely nothing to any of that “Unexplained” stuff. But it’s awfully hard to study anything that’s been so deeply tainted and warped by our weird popular culture.