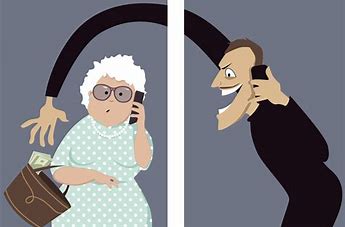 From the Daytona Beach News-Journal

A man claiming to be her nephew recently scammed a Palm Coast woman out of $9,000, the Flagler County, Florida, sheriff’s department has reported.

The victim got a phone call from a man, supposedly her nephew, saying he’d been arrested in New York City and needed money. He told her to go to Home Depot and buy him $4,000 worth of gift cards–with cash. He called back later and got the serial numbers of the gift cards.

The next day he called again for more money, another $5,000 worth of gift cards. This time she paid with a credit card instead of cash.

Only then–gee, lady, what took you so long?–did she phone her nephew and find out he hadn’t been arrested and that hadn’t been him asking her for money. She then called the credit card company, and they agreed to cancel the $5,000 transaction. But she was still out the $4,000 that she’d paid in cash. Police are investigating. Good luck with that, guys.

Someone tried almost exactly the same trick on me a couple of years ago: a phone call from someone pretending to be my great-grandson, telling me he’d been involved in a serious traffic accident in Las Vegas and needed thousands of dollars toot-sweet. A stranger wouldn’t know that me coughing up that kind of money simply wasn’t on the cards. When I said I didn’t have it, he hung up right away.

Is it really necessary to warn anyone not to fork over big wads of money to some joker who calls you up on the phone with a cock-and-bull story about being in trouble with the police and needing you to bail him out? I mean, okay, it could conceivably be true–in which case you should call the police department involved and ask them for the details. When it becomes apparent that they don’t know what you’re talking about, which shouldn’t take more than a matter of minutes, you’ll know you’re being scammed and–I hope!–hold onto your money.

Original Sin is out there all the time, and takes many forms. This is one of them.